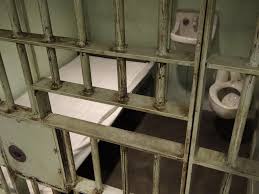 Obama-appointed U.S. District Judge Christopher Cooper also ordered her to pay a $9,500 fine, and she will remain on federally supervised release for one year following her prison term.

She described her arrest days after the January 6 incident as a "violent assault," saying that an "FBI SWAT team raided my home with assault rifles and a battering ram." She had no prior criminal record.

Gold reported to a federal prison in Miami, Florida, at 2:00 p.m. on Tuesday, July 26. She has remained in contact with the AFLDS mailing list, and her latest email reads in part:

I remain in this Miami prison, serving time for a bogus trespassing charge.

My computer time is limited to 15 minutes per session. I wanted to express my thanks for the countless letters of support and prayers. Even the prison staff noted the volume of supportive mail. I am both humbled and strengthened. Thank you!

Using the excuse of COVID-19, all incoming female inmates are put into a punishment isolation cell under the guise of a "quarantine." They told me it wasn't for punishment, but it was certainly a punishing and inhumane experience. Apparently, men are not subjected to this treatment.

Another form of arbitrary punishment is moving me, along with other inmates, to new cells with no notice. A guard simply yells my name, and I'm expected to move at any moment. My staff knows that if I stop emailing or calling, it's because they have moved me or possibly put me back into isolation.

I've noticed activity in the prison that makes me fearful for my own safety. However, my spirits are high. I am more determined than ever to keep fighting for you and medical freedom.

Our Mortality Should Unite Us