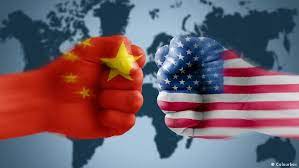 If you do that, it really does look like Russia and China are picking on Ukraine and Taiwan completely unprovoked.

If you act like the US isn't the hub of an empire that is projecting power all over the globe, then the fact that it has a hand in every major international conflict becomes obscured and it just looks like evil barbaric foreigners doing evil things for no good reason. Take the empire out of the equation and Assad wasn't reacting to a western-backed regime change proxy war, he was just killing his own people because he likes killing people. China isn't responding to US encirclement, it's just being aggressive to its neighbors because it is evil.

Because the globe-spanning power structure loosely centralized around the United States is an unacknowledged, unofficial empire that doesn't look like the empires of old, its apologists can just insist that it doesn't exist, like mob lawyers used to do with the mafia. By doing that, they can assign others responsibility for the empire's crimes.

A large amount of empire apologia in 2022 is also built around pretending that provocation just isn't a thing. That this concept we've all lived our entire lives knowing about and understanding is suddenly a freakish and ridiculous invention of Moscow and Beijing.

If I provoke someone into doing something bad, then they're guilty of doing the bad thing, but I am also guilty of provoking them. This is the plot behind any movie or show with a sneaky or manipulative villain. It's the subject of entire Shakespearean plays. I'm not saying anything new here. This notion wasn't just invented.