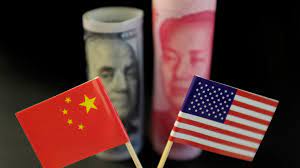 Just when the market was starting to resign itself to the deeply uncomfortable reality that central banks are serious about hiking rates further, rather than pivoting to bail out stocks, along came a flurry of data to change their minds again.

First we saw Chinese data, which stank across the board. Everything was weaker than the weakness already expected, from investment to industrial production to retail sales; and yet supply still grew faster than final demand – showing why China keeps producing huge export surpluses (i.e., these are a sign of weakness, not strength, but some analysts are unable to do simple maths, it seems). On top of that, youth unemployment remained firmly around the 20% level, which is what you expect from a struggling Eurozone periphery economy and not China – although it has the fiscal deficit and government debt to match, which the same analysts as above keep failing to notice too.

The data were so bad, in fact, that we also got a surprising 10bps rate cut from the PBOC taking the medium-term loan rate down to 2.75%. Of course, this is utterly irrelevant economically and financially, just as any further mooted 25bps cut in banks' Reserve Requirement Ratio (RRR) would be. Neither step does anything to address the real problems of too much supply and too much debt. Lower bond yields only encourage both. If they could help reverse that trend, all the cuts and RRR reductions so far would have produced faster, not slower growth. (As the same set of analysts keep failing to understand, as they salivate each time such policies are rolled out.)

Then we got the US Empire PMI. To be fair, this is usually a third-tier data release. However, the staggering fall that it saw --a collapse from 11.1 to -31.3 vs. a consensus of 5-- was first tier stuff. Especially when the NAHB housing index also dropped from 55 to 49, with 19% of builders saying they are now reducing prices, and 69% that higher mortgage rates are crimping demand.