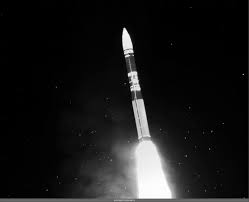 The Air Force's initial scheduled launch date from Vandenberg Air Force Base in California had been delayed, it was announced Aug.4, with the explicit reasoning being the need to avoid any unnecessary escalation of tensions with Beijing, also at a moment a USS carrier strike group was in regional waters near China.

But overnight, that test has now been carried out successfully, showcasing what the Air Force Global Strike Command Airmen has said is a major nuclear deterrent in America's arsenal.

In a statement Tuesday the command said it "launched an unarmed Minuteman III intercontinental ballistic missile equipped with a test re-entry vehicle from Vandenberg Space Force Base, California, Aug. 16 at 12:49 a.m. Pacific Time to demonstrate the readiness of U.S. nuclear forces and provide confidence in the lethality and effectiveness of the nation's nuclear deterrent."