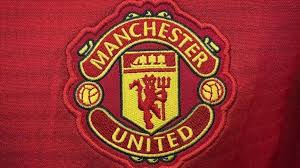 Normally, we'd expect such a denial to result in the stock trading back to previous levels. However, with meme-madness gripping hold of the market over the last 48 hours, who knows how the day will play out for MANU and its shareholders.

In a tweet thread tonight talking about his political leanings, Elon Musk casually dropped a Tweet proclaiming he was buying Manchester United.

Many news outlets were quick to point out what Reuters said, namely that Musk has a history of "irreverent Tweets" - which is a nice way of saying potentially committing securities fraud via his Twitter account in a multitude of ways.

But the purchase of the well known English football club doesn't seem too far out of reach for Musk, should he really want to buy it.

The club, which is publicly traded (although Elon may not know that) and has been underperforming badly over the last year, only has a market cap of about $2 billion. This means Musk could easily offer a heavy premium, in cash, to try and get the deal pushed through.

It could be even easier now that Musk has sold tens of billions of dollars worth Tesla stock over the last 2 weeks. Many people assumed that these sales were going to be used to settle his lawsuit with Twitter. Several billion dollars in cash for the purchase of Manchester United could have easily been part of Musk's planned sales.