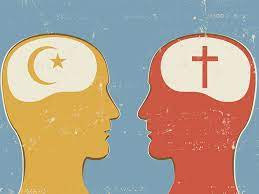 About 40 years after Ayatollah Ruhollah Khomeini issued his fatwa calling for Muslims to murder Salman Rushdie, the Indian author was finally attacked and nearly killed.

Stabbed 10 times by a young Muslim living in America, Rushdie is in a hospital, where his prognosis as of this writing is partial paralysis and the loss of an eye.

What was Rushdie's "crime"? He "insulted" Islam.

Tens of millions of Muslims believe that if a person insults Islam, Muhammad or the Quran, he should be killed. And they believe that any Muslim who does kill a person deemed to have insulted Islam goes straight to heaven when he or she dies.

The most famous case of Muslims murdering people charged with insulting Islam occurred in 2015, when two French Muslims entered the Paris editorial offices of the French satirical magazine Charlie Hebdo and murdered 12 people and wounded 11 others.

Charlie Hebdo had printed cartoon images of Muhammad, which most Muslims consider forbidden, even to non-Muslims.

That same week, Muslims also entered a kosher supermarket in Paris and murdered four Jews. For many Muslims, Jews don't have to do anything to insult Islam; their mere existence is an insult to Islam.

The Soul Impelled by Gravity