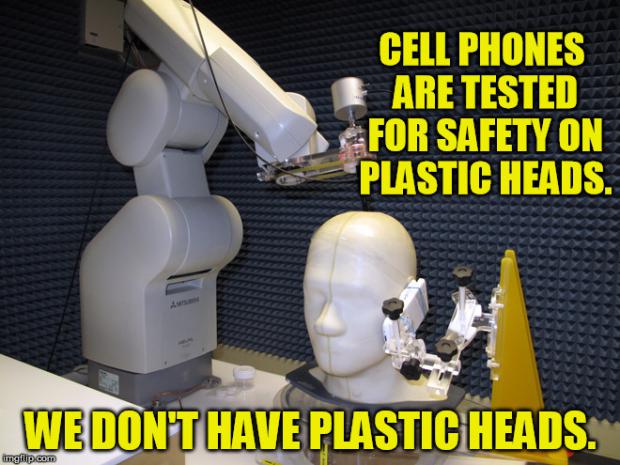 Decades of peer-reviewed published research has determined that exposure to sources of electromagnetic radiation including from common wireless sources (cell phones, cell towers, Wi-Fi routers, etc.) can cause symptoms, illnesses, and injuries.  In some parts of the world, government agencies warn residents about this but not in the U.S.  In fact, last year, a federal court ruled in favor of organizations and petitioners that sued the "captured" Federal Communications Commission (FCC) for NOT adequately protecting Americans from wireless radiation exposure (including 5G).  Despite the ruling, the FCC, has continued to instead promote and fund the deployment of unsafe wireless radiation emitting devices and infrastructure on land and in space (see 1, 2, 3, 4, 5, 6, 7, 8, 9, 10, 11).

The Food and Drug Administration (FDA) is also supposed to guarantee the safety of cell phones and other radiation-emitting products and infrastructure.  Unfortunately, that hasn't been happening either (see 1, 2) which has also allowed the wireless industry to harm Americans.  Thanks to Science Corruption for allowing Environmental Health Trust to re-post a timeline that has documented this in great detail.

The following timeline is reposted from Science Corruption.

1992 Feb 4: The Food & Drug Administration (FDA), which had many biological scientists but only a few staff radio engineers at its Center for Devices and Radiological Health (CDRH), began to get concerned about the proliferation of cellphones and the lack of industry research into possible health effects.

The possibility of another tobacco-type health scandal was openly being discussed, and a closed Congressional hearing was held to develop regulations, and recommend further studies of electromagnetic field (EMF) health effects.

The Committee promoted the idea of moderation in phone use until more was known, while an FDA paper, dated Feb 4 1992, suggested that…