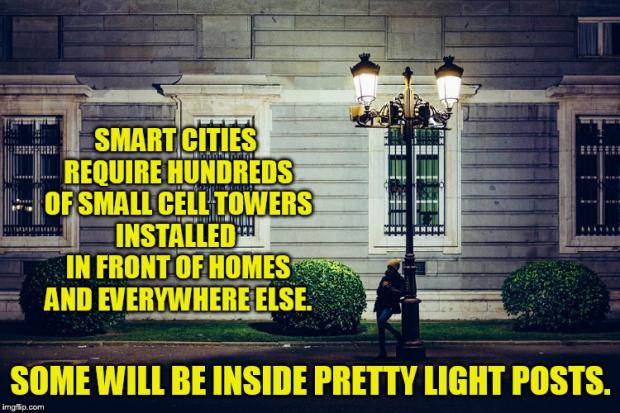 American opposition to "Smart Cities" and all the costs, risks and privacy violations associated with them has been ongoing for years (see 1, 2, 3, 4, 5, 6, 7).  Nevertheless, proponents have still been convincing American communities to officially become "Smart".  Additionally, legislators are helping to fund "Smart Cities" with hundreds of millions in federal grants.  The U.S. Department of Commerce's National Institute of Standards and Technology (NIST) is also assisting local leaders in their "Smart City" efforts as well.  U.S. Transportation Secretary, Pete Buttigieg is a huge fan of "Smart Cities" too.  Of course, many communities that don't officially call themselves "Smart Cities" have still been installing expensive, hazardous, and data collecting "Smart City" technologies including controversial utility "Smart" meters (electric, gas, and water), "Smart" streetlights, etc.  Obviously, all of this technology isn't cheap.  Earlier this year, the New Orleans City Council started a formal investigation into some of the city employees involved in its "Smart City" technology contract.  One of the investigated employees has now resigned.

Four months after he faced a grilling at the New Orleans City Council, the former director of the Mayor's Office of Utilities and a key figure in the controversial smart city broadband plan has left the administration.

(TNS) — Four months after he faced a grilling at the New Orleans City Council, a central figure in the controversial "smart city" broadband plan has left Mayor LaToya Cantrell's administration.

Jonathan Rhodes, the former director of the Mayor's Office of Utilities, had his last day at City Hall on Friday, according to an automatic response from his email address.