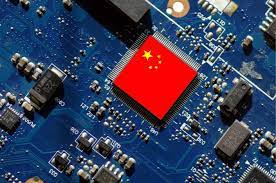 However, eight years into establishment of China Integrated Circuit Industry Investment Fund, also known as the "Big Fund," trillions of yuan have been exhausted with little success in tech innovation.

China's anti-corruption watchdog launched an investigation into the former and current executives of the "Big Fund" in July, and seven senior officials linked to the "Big Fund" have demoted since.

Where Did China's Trillions in Research Funding Go

In April 2018, Chinese state media Sina Finance published an article, asking the question, "China has long been spending trillions of yuan in the field of semiconductors every year, but where did the huge amount of funds go?"

The article went on to say that in the past several years, roughly only 40 percent of the country's research funding was actually spent on science and technology research and development, and 60 percent was spent on meetings and business trips.

"Whenever there are chances of business meetings, one can reimburse travel expenses, gasoline cost, and the travel cost can be huge when people go abroad to attend meetings. Even researchers at Tsinghua University and Peking University are no exception," it said. "Anhui University of Engineering has also found that research funds are used to reimburse entertainment, foot spa, HOA cost and other expenses unrelated to the project. Moreover, the university noted a drastic increase of business trips abroad in recent years."