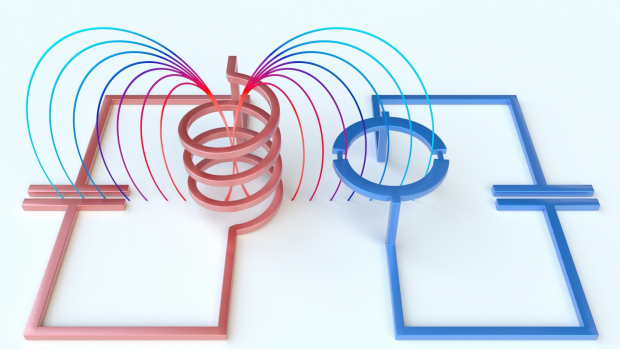 Physicists from TU Delft, ETH Zürich and the University of Tübingen have built a quantum scale heat pump made from particles of light. This device brings scientists closer to the quantum limit of measuring radio frequency signals, useful in for example the hunt for dark matter.

A quantum heat pump
The device, known as a photon pressure circuit, is made from superconducting inductors and capacitors on a silicon chip cooled to only a few millidegrees above absolute zero temperature. While this sounds very cold, for some of photons in the circuit, this temperature is very hot, and they are excited with thermal energy. Using photon pressure, the researchers can couple these excited photons to higher frequency cold photons, which in previous experiments allowed them to cool the hot photons into their quantum ground state.