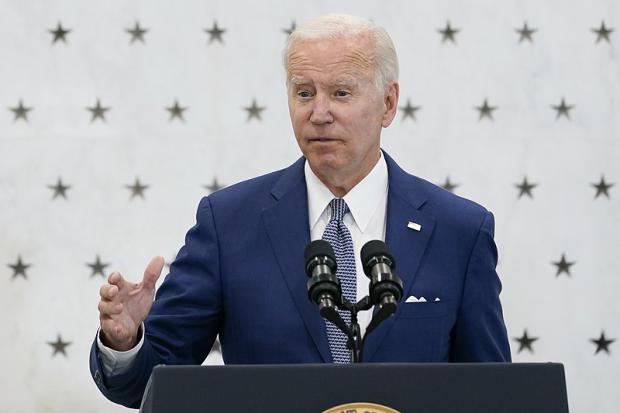 "Better that right counsels be known to enemies than that the evil secrets of tyrants should be concealed from the citizens. They who can treat secretly of the affairs of a nation have it absolutely under their authority; and as they plot against the enemy in time of war, so do they against the citizens in time of peace."

It hasn't been a month since President Biden mounted the steps of Philadelphia's Independence Hall, declaring it his duty to ensure each of us understands the central faction of his political opposition are extremists that "threaten the very foundations of our Republic." Flanked by the uniformed icons of his military and standing atop a Leni Riefenstahl stage, the leader clenched his fists to illustrate seizing the future from the forces of "fear, division, and darkness." The words falling from the teleprompter ran rich with the language of violence, a "dagger at the throat" emerging from the "shadow of lies."

"What's happening in our country," the President said, "is not normal."

Is he wrong to think that? The question the speech intended to raise—the one lost in the unintentionally villainous pageantry—is whether and how we are to continue as a democracy and a nation of laws. For all the Twitter arguments over Biden's propositions, there has been little consideration of his premises.

Democracy and the rule of law have been so frequently invoked as a part of the American political brand that we simply take it for granted that we enjoy both.

Are we right to think that?

Free NY: Unelected Governor Hochul Governor & Her Dept. of Health Made An Illegal...