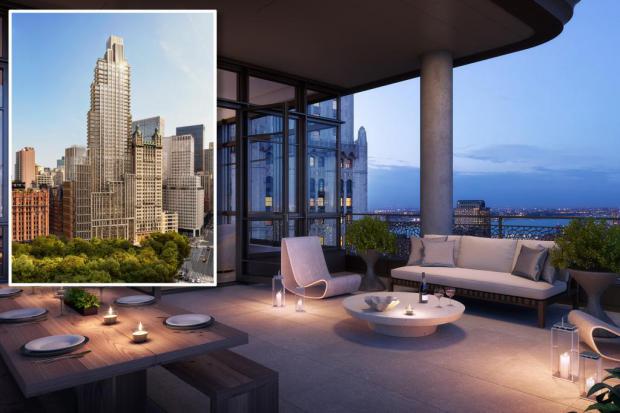 WSJ reported that the 17,500-square feet penthouse is a staggering 1,400 feet above city streets and has a whopping $250 million asking price.

Extell Development's Gary Barnett priced the deal while the real estate market still holds up, but signs of soaring mortgage rates indicate trouble ahead. Suppose he lands a buyer before the housing market corrects. It could end up being the most expensive home ever sold, surpassing hedge billionaire Ken Griffin's $238 million condo across the street at 220 Central Park South.

Listing agent Ryan Serhant of Serhant said, "the uber-wealthy are looking for places to diversify assets, and real estate has become one of the most popular and sought-after mega-assets."

Serhant said the price tag comes with a penthouse designed as one entire unit and the only one on top of the building. He said it has unobstructed views, unlike Griffin's pad.

At $250 million, Barnett said it seems expensive but a relative bargain when breaking down square feet into dollar amounts, coming in at around $15,000 a square foot. He said that's cheaper than buyers paid at Vornado Realty Trust's 220 Central Park South. As well as Saudi billionaire Fawaz Al Hokair's 432 Park Avenue condo, which was recently listed for more than $20,000 a square foot.

Barnett said instead of owning a piece of "artwork going for $100 million and even $200 million," why not own "17,000 feet of steel and brick and glass at the top of the world, this seems like a relative bargain."

If Serhant can find a buyer for Barnett at the $250 million asking price, it would beat out Griffin and other billionaires who've recently splurged on mansions.