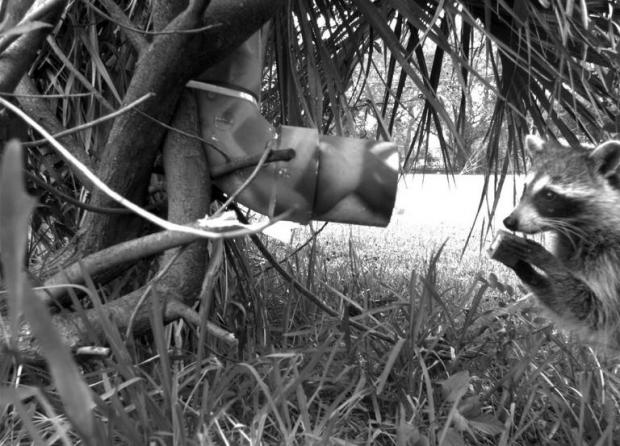 The CDC warns the public not to come in contact with the baits, because the live vaccines can adversely affect humans. The doses will be dropped via plane and helicopter across thirteen states, including parts of Alabama, Pennsylvania, West Virginia Tennessee and Maine. In August, the government dropped 348,000 units of Raboral V-RG in Maine and another 535,000 baits in the three other states.

The oral vaccine is either coated with a fish meal attractant or is encased in a 1-inch fish meal cube. The goal is to inoculate millions of wild raccoons and skunks, so they will have immunity to one of the more deadly strains of rabies circulating in the wild. With this move, the US government views private property as an experimental dumping ground for vaccine experiments. The government believes they can drop whatever they want from the sky and pollute entire swaths of the countryside with experimental vaccines. These mass experiments are justified because government officials think that they can stop the spread of rabies where it hasn't been found or isn't widespread. The hysteria stems from an incident in South Carolina in March of 2022. Thirteen people were deemed "potentially exposed" after they fed a calf that turned out to have rabies.

mRNA Meat Is On The Way!