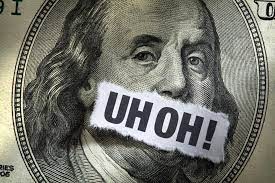 The agency "accidentally" sent $1.1 billion in advanced child tax credits to the wrong families. If a private citizen were to make a mistake on their personal taxes, they'd feel the repercussions – especially with Biden's 87,000 newly appointed and armed agents.

Now 1.5 million families who received the money "accidentally" will be on the hook to pay it back. As if that were not bad enough, the IRS failed to deliver $3.7 billion in tax credits to 4.1 million households! The tax credit was intended as part of the reckless American Rescue Plan to pay families earning under $150,000 annually and single parents earning under $112,500. This was the largest child tax credit in America's history – basically, people received "free" money at the expense of the taxpayers simply for having children.

How Industry 'Megamergers' Are Killing Off Family Dairy Farms