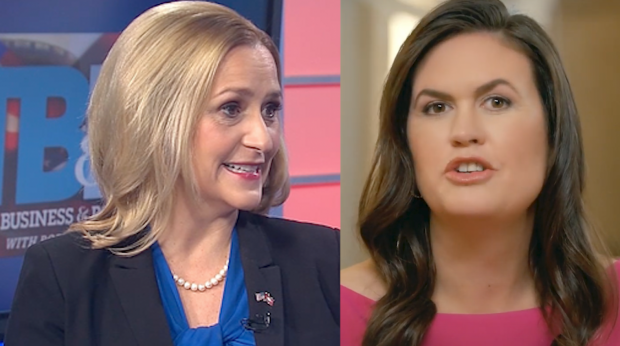 After a week of trying to digest all of the details nationwide, after waiting with great patience for ballots to be counted, we have focused on establishing blame for the outcome that surprised most of us.

Some believe it's Trump's fault, others are blaming the GOP establishment like McConnell. And still, others focus on the whole Republican Party.

No one seems to be focusing on some really good news for those on the right, and here it is: Sarah Huckabee Sanders and Leslie Rutledge became the first two women in U.S. history to be independently elected governor and lieutenant governor of the state of Arkansas.

This is big news, and it deserves to be celebrated by more than just the proud dad of the new governor, former governor of Arkansas, Mike Huckabee.

He had a moment of pride on his show last week, where he congratulated his daughter and Rutledge on their history-making night. Rutledge had to point this history out while she was on Fox News,

"Together, Sarah and I will be the first independently elected female governor and female lieutenant governor, ever, in the history of the United States. And I'm excited to do it with a longtime friend of mine, Sarah Huckabee Sanders."