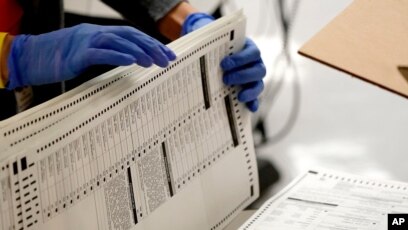 A coordinated media and Big Tech suppression of very damaging evidence about a candidate for president of the United States.

American elections in recent years have seen a wide range of behaviors that give the appearance of bias, and may have been illegal.

But now a report at Gateway Pundit details something entirely new.

In fact, Pennsylvania election observers have filed a complaint against the Delaware County Board of Elections because county officials "took a detour on election night with the county's ballots and v-drives into a closed building."

Also raising concerns were the county's action to delete 194 vote registrations after people voted, ballots were mailed to unverified voters, records of requests for nearly 2,800 mail-in ballots were erased, and more.

At Bill Lawrence Online a report explained there was a nine-hour hearing before Judge Barry Dozor on election abnormalities, and a ruling was expected soon.

Voters Leah Hoopes, Gregory Stenstrom and Nicole Missino had asked that certification of the county's 2022 midterm votes be delayed until evidence about voting irregularities can be reviewed.