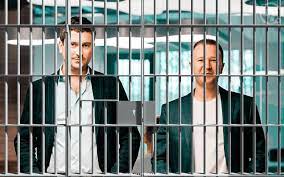 The two founders of the now-defunct Bitcoin cloud miner HashFlare have been arrested in Estonia over their alleged involvement in a $575 million crypto fraud conspiracy.

HashFlare was a cloud mining company created in 2015, which purported to allow customers to lease the company's hashing power in order to mine cryptocurrencies and gain an equivalent share of its profits.

The company was seen as one of the leading names in the business at the time but shut down a large portion of its mining operations in July 2018.

However, according to a statement from the United States Department of Justice citing court documents, the entire mining operation, run by founders Sergei Potapenko and Ivan Turõgin, was part of a "multi-faceted scheme" that "defrauded hundreds of thousands of victims."

This included convincing victims to enter into "fraudulent equipment rental contracts" through HashFlare and persuading other victims to invest in a fake digital currency bank called Polybius Bank.