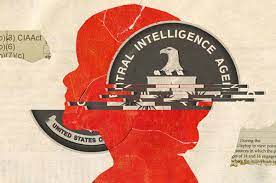 Then imagine you are forced to pay for this agency and despite knowing that their agents are abusing children — even admitting to it — they are avoiding any kind of legal ramifications. Well, there is no need to imagine because that and more, is happening within the CIA and no one is doing anything about it.

Last December, through multiple FOIA lawsuits, Buzzfeed News obtained hundreds of internal CIA reports that detailed the rampant abuse. According to the reports, despite multiple agents and contractors, at least 10, being caught in child sex abuse situations, federal prosecutors have brought no charges. The abusers remain protected by the agency.

It's been nearly a year since this information became public yet there has been no investigation and essentially no interest by anyone in D.C. or the political establishment to hold them accountable.

Buzzfeed reports that most of the cases were referred to US attorneys for prosecution but in an apparent quid pro quo scenario, the US attorneys send the cases back to the CIA to "handle them internally." As a result of this scenario, these child-abusing monsters face no legal ramifications. At most, according to the report, they may lose their job or security clearance.

Woke Hollywood is FAILING, and That's a Good Thing

How To Grow Tomatoes Indoors