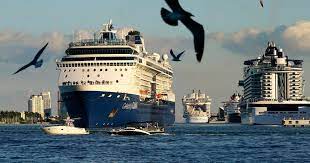 It looks like it's on track to be an incredible experience.

One hundred and forty years after the debut of its first luxury trains, Orient Express is launching its first cruise ship, inspired by the golden age of the French Riviera.

Promising to be an 'extraordinary sailing yacht of the future' with 'spectacular' interiors, the glittering features on board include two swimming pools, a speakeasy bar and a private recording studio.