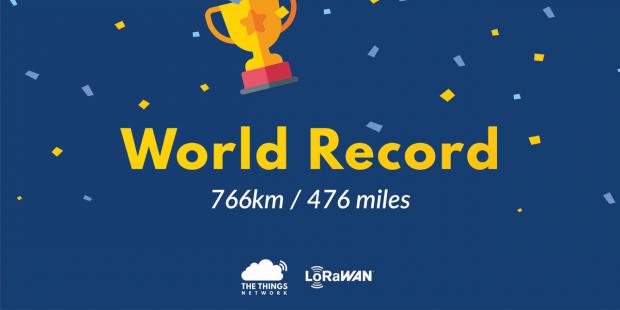 After almost 2 years, the world record of 702 km (436 miles) has been broken. Not once but twice. For a long time this record which was set on 26th of August 2017, seemed nearly impossible to break, until the Servet IV mission was launched. On 13th of July 2019, the record was broken by 39 km, setting a new record distance of 741 km. Interestingly, this record only held for 5 hours as another new world record was set with an astonishing distance of 766 km (476 miles).

LoRaWAN is a Low Power, Wide Area (LPWA) networking technology, designed for low-powered devices to communicate with Internet-connected application over long range wireless connections using the unlicensed ISM radio bands. The LoRaWAN protocols are defined by the LoRa Alliance and formalized in the LoRaWAN Specification which can be downloaded on the LoRa Alliance website. The Things Network runs the world's largest open LoRaWAN network, currently available in over 100 countries around the world.