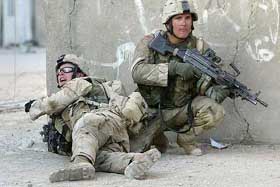 A political activist group is sending letters and DVDs to U.S. soldiers stationed in Iraq telling them 9/11 was an inside job

After reading some of the above comments, I should like to take your attention to one of the most shocking books around. For the first time available in English in the United States.

This book not only has been banned in France, because of censorship the book couldn't be published in the U.S.

This book by Robin de Ruiter - one of Holland's most translated authors - has been translated into many languages and published in more then 100 countries.

It is a very unique book and reading it will undoubtedly change the way you look at both history and the world today. Reading this book may be shocking at first, but the shock will pass once you have finished reading the book.
A must for everyone who wants to know what the near future will bring.

Biden Regime Pushing Things for Conflict with Russia and Belarus

Drill for 2,000 rockets a day and internal strife: IDF preps for war