Join-Us | Log-In
Freedom Forum | Translate
Imagine pulling up into a traffic jam on the freeway outside of a major urban area.  In fact, you don't have to imagine, it has happened to you before.

Imagine as you get near to where some activity is occurring at this road stoppage you see the flashing red lights.  Bad accident?  In fact, you don't have to imagine, it has happened to you before. But you are conditioned to them. You resign yourself to the inevitable slow crawl to get past it. 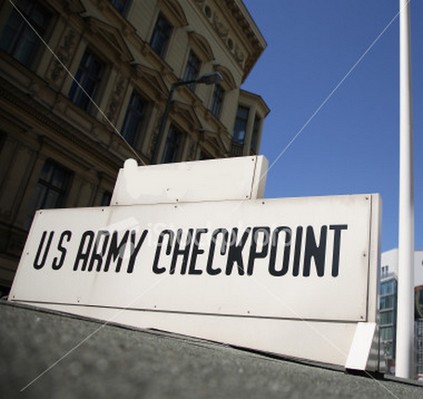 Imagine your irritation as you realize it is a police roadblock, a police checkpoint holding you up.  Sobriety checkpoint?  In fact, you don't have to imagine, it has happened to you before. But you are conditioned to this treatment in your own nation, in your own state, in your own car.

Imagine when you get near the front of the line of cars, looking around at all the flashing lights and men with guns and vicious looking dogs running around shouting orders, cars being ordered to pull off onto the side of the road, passengers getting our, including children and being led to a secluded out of sight area. Perhaps you have already seen this and wondered what the police were doing, and where those people were going? 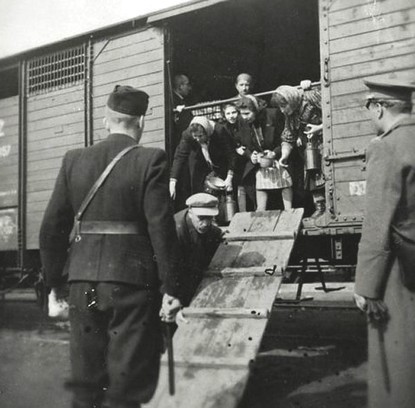 Imagine when you get to the front of the line and roll down your window and the official looking man with the clipboard instructs you he needs some blood and saliva samples from you, your children and any other passengers in the car.  Well, no need to imagine ... it has started happening NOW!!!!

Now all that is necessary for you to be on your way in the next 20 minutes is to COMPLY!  Your compulsory tax dollars at work.

So this week we are treated to the physical assault and torture on a student, who was on campus for the audacious behavior of asking questions of a U.S. Senator at a public forum by the local jack booted thugs.  In front of a initial cheering audience, who sit meekly through the minutes while the student yells for help in a passive stance while being pummeled.

We are treated to the talking head pundits literally within hours of the incident hitting the same talking points, like they come out of a central repository onto their fax machines from Cheney's bunker.  We see the public commentary at online forums saying the student deserved it, asked for it, wanted it, planned it.  It was all his fault, all his doing, as if the adults present, the administrators, the cops, the people in charge, the Senator himself had no part to play in this drama.  The state has its quislings, and many of you reading this know who you are.  When the cop tells you to comply, you respect his authority and COMPLY!  And you had better be meek, polite and respectful about it too.  And you are more than willing to point your finger at your fellow citizens to the authorities, to parrot their slogans, to report any dissent muttered, to deride any resistance offered by your fellow citizens. 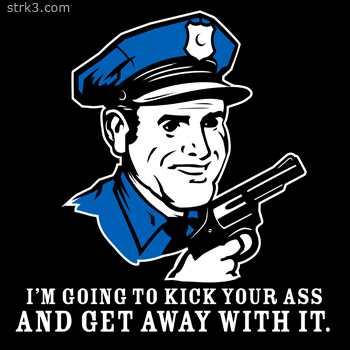 We have also been treated to protests of the arrest, and in one case conviction of six black kids who got into a schoolyard fight with some white kids over the shade of a tree.  Adults in employ of the government seem incapable of dealing with the escalating incident [see A New Jenaration] in any manner except with the truncheon.  I get that.  It is your favorite tool.  You delight in its use.  The media loves to show the footage, and the public gets the message ... COMPLY or else.  How did the prosecutor at Jena put it?  "I can be your best friend or your worst enemy... I can take away your lives with a stroke of my pen."  I couldn't sum up a public official's duties any more succinctly than that.  The boy knows his job.  The kids were initially arrested for attempted murder, but now only face 20 years or so in prison. 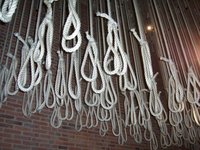 So back to the roadblocks, and compulsory DNA testing.  Why would they want saliva and blood?  We already have compulsory fingerprinting.  We have this very program ongoing in the UK. (2) (3)  Certainly is will be claimed that it is for legitimate law enforcement duties.  That evidence on a scene can be traced through identifying DNA left behind.  But that makes little sense, since few people do crimes.  And even fewer crimes are committed in which there are no suspects, where DNA, if found, might lead to arrests if the matching DNA was in a database.  It would be an uneconomical strategy. 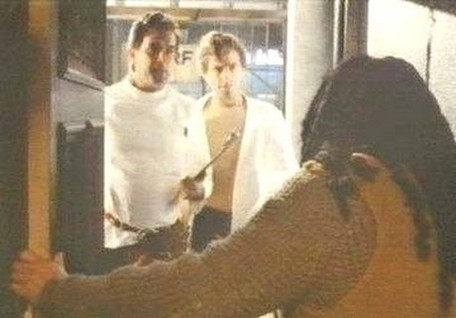 As a scientist, I have an alternative explanation.  The people who rule this nation have been consuming your labor for over two centuries as a nation, and prior to that for millennia before recorded history.  They are quite experienced and refined in the process.  You are looked upon as a resource.  A generator of wealth that can be confiscated.  But due to advances in science, you are also an irreplaceable commodity.  You are consumed.  Imagine Dick Cheney needing a new heart if he is to survive another ten years.  It might be hard to locate such a vital organ right away, unless you already have a complete catalog.  Wonderfully, such a DNA catalog means you wouldn't have to settle for close, you could get pretty near an identical match for a donor.  "But I am still using my heart!" You cry.  Hey, who is more important, Cheney or you?  A grateful nation appreciates your sacrifice.  You are consumed.  Paranoid?  Well, if all they wanted was DNA, a saliva sample swab is efficient, quick and very reliable.  So why the blood?  Tissue typing.  Why else go through the bother, cost of collecting, storage and processing blood compared to a swab? 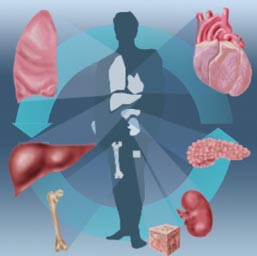 ---------------
Ordinarily I would be calling for amongst others, the head of the law enforcement official responsible for approving this operation.  Ultimately this Sheriff's fate rests with his county's voters.  But the Sheriff has been unusually apologetic, open and honest about how this whole process came about, extending mea culpas and promises of 'nothing like this will happen again.'  And you know what?  I believe him.

So you voters of Gilpin County might want to believe what I am about to say.  I guarantee if you replace the current Sheriff, you will almost assuredly get someone who will unquestioningly toe the line with the next government program that comes along waving cash at the Gilpin County Sheriff's Dept.  But maybe if the current Sheriff remains; a wiser, once bit, twice shy Sheriff will from here on be closely examining the consequences of every proposal that crosses his desk before signing off on them.  Maybe.

But those responsible for dreaming this up, and implementing this "survey", the Pacific Institute for Research and Evaluation, as well as the federal agencies, the NTSB and DOJ, who funded them should be held accountable.  Though history shows us they never will.  Heck, just exposing the names of the vermin responsible, and what their reasons and motives were would be a major step.  This all came out of the Washington DC area.  This all came out of your federal government. 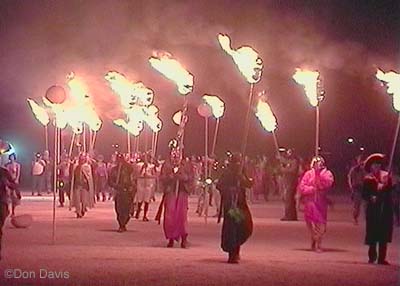 1 Comments in Response to Stop for organ inspection

Well done Powell,
It has been well documented, this government always tips it's hand, beforwe instuting the real thing,a test is done to examine the results., then a logical implimentation takes effect,a law is passed, now mandatory. Real hard nosed check points.
It all started with not road blocks but with safety check points for automobiles remember ? My My.
All is necessary is to start innocently and graduate slowly, and voila,complete obediance.
Why can't we use the same method on them ?