Vandals ransacked Redflex surveillance equipment early this morning, including the cameras assigned to watch the other cameras.  Caught on the video cameras which operate around the clock on the US-60 in Mesa near the Longmore overpass were several persons disguised as Indians who approached the cameras and using pick axes and sledgehammers, uprooted and made off with surveillance cameras worth more than $600,000.
Citizens with information regarding this attack on the revenue of the state should contact the DPS informant hotline at 800-RAT-MOUT.  A generous reward can be arranged.
Jay Heiler, Director of Governor Brewer's Office of Highway Safety said these criminals trespassed upon government highways to destroy the lawful property of a foreign entity.  He rushed to assure the Australian government that those responsible would be identified and tracked down for detainment under Arizona's anti-terrorism laws.  Asked if any of the vandals had been caught, Heiler said that information regarding subjects arrested under these laws were a state secret, and disclosure to any unauthorized person, including those arrestee's attorneys was a severe crime punishable by life imprisonment.
DPS Director Roger Vanderpool, said that "the Department of Public Safety fully respects people's right to assemble and protest.  But if any State Police witnessed anyone near any of the overpasses with signs or in groups of three or more without signs they would be arrested on sight for vagrancy, criminal trespass, loitering, public nuisance, disorderly conduct, and road rage."  These all carry the governor's new mandatory 15 year consecutive prison sentencing guidelines passed in response to the so called "Silly String Bandit," who was recently shot and killed by Maricopa Co. deputies while trying to escape the Maximum Security and Interrogation wing of the 4th Avenue Jail.

The cameras were found dumped in Encanto Park lake later this afternoon.  "They are completely ruined," wailed Redflex spokeswoman Shoba Vaitheeswaran.  "But fortunately, with all the revenue we are making there are  plenty more cameras where those came from."  If our Blackwater Security personnel get to those criminals before the police it will be handled in "the same manner we dealt with those post-it notes," she ominously hinted.

Director Vanderpool estimated that the three days required for the repair the area will not be under surveillance of these cameras will cost over $1.3 million in revenue.  "It is not much money, I will grant you, but if people do not like the tax, they should not be speeding." 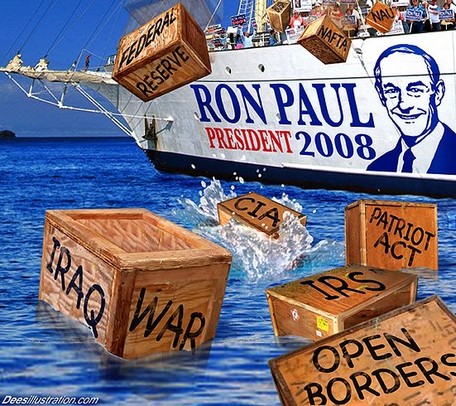 235 years ago Tuesday, persons disguised as Indians criminally trespassed upon government ships to destroy the lawful property of a foreign entity in Boston Harbor in response to a small tax being levied.  It was claimed, that if these terrorist hooligans did not like the tax, they should not drink the tea.  The above "news release" is a parody.  All of the person's named are real.  I am sure a year from now the quotes will be too.