In an attempt to invent some mechanical limits on human expression, Freedom's Phoenix contributor Edwin Sumcad recently trotted out the tired, old canard regarding “fire in a theater”.  I fervently wish the proponents of strict limits on the expression of others would get a new line; even the nine bureaucrats that sit on the very bench from which the cliché originated do not believe a word of it.

From day one, however, human expression has had natural limits, the first of which is physical.  The voice can only carry so far.  The drum may be beaten only so loudly.  A man in restraints cannot gesture wildly.

Even as the physical environment can limit human expression, it can also amplify it.  Nature built the first amphitheaters; man used his reason and labor to improve them.  In that instant, the amphitheater became his property, its acoustics to be used only at his discretion.  The owner, alone, determines how and when the amplifying properties are used, and who may use them. 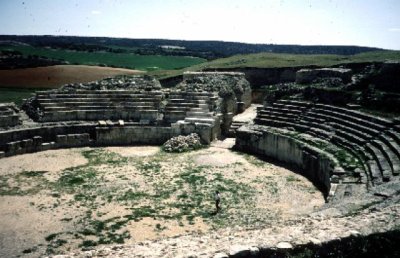 The owner of an amplifier has always been vilified.  Others, envious of the stage he has crafted, have made feeble attempts to claim their expression muted as a consequence of his expression being amplified.  They craft a hollow shell of a Catch 22, in which their expression is unwanted because their expression has not been heard; if the amplifier owner were forced to make room on his stage and the audience forced to listen, they would soon think themselves the fools for ignoring his message initially.

We do not need to topple the interloper's shaky premise to see the inevitable result of the action he wishes to force.  If the amphitheater owner were forced to allow one voice against his wishes, he must allow all voices against his wishes.  Soon, the theater seats would be empty as the audience crowds onto the stage, and the cherished acoustic properties would be useless.  The envious one's expression will remain unheard, drowned in a cacophony of voices.

Thus, so-called public spaces are unusable as a stage.  Since, supposedly, everyone owns these spaces, no one owns these spaces; the commuter and drunken reveler vie for the same roadway along the parade route.  Bureaucrats are empowered to enforce reasonable time and place restrictions on the use of these spaces in direct contravention of the myriad human expressions, recorded on faded parchments, of words to the effect of “congress shall make no law abridging the freedom of expression.”

The inevitable result of having a bureaucrat make when and where decisions, is that, sooner or later, he will make a “what” decision.  Mr. Shenck, Mr. Gitlow, and Mr. Brandenburg can all testify as to the arbitrary selection and enforcement of “what” decisions. 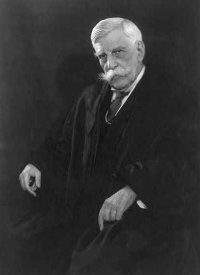 In the unanimous opinion, penned by Justice Holmes in Shenck v. United States, nine bureaucrats made the wrong decision that the child could place limitations on the parent - that the government could restrict human expression.  Justice Holmes used, in part, this nonsensical phrase:

"The most stringent protection of free speech would not protect a man in falsely shouting fire in a theatre and causing a panic."

The fallacy was immediately clear; one, in fact, can shout “fire” in a theater without causing a panic.  As, perhaps, a telling view into the depth of reason in those who would control others, the phrase was seized as an anti-human cliché nevertheless.

The intentional misstatement of Justice Holme's words make it no less nonsensical.  If one were an actor playing an artillery officer in the Civil War, for example, you would be perfectly capable of falsely shouting “fire” in a crowded theater with no expectation of stampeding the audience.  Having been in a theater during a false fire alarm activation, I can attest that humans do not, in fact, become a stampeding, maiming, murdering mob in that situation.  If anything, they ignore the alarm, annoyed at the interruption of the program.

If, however, one were to stand up in a crowded theater and interrupt the performance yelling “fire” or anything else, that person would be in breach of the implicit contract he holds with the theater owner to remain quiet during the program.  Additionally, he would be interfering with the theater owner's ability to fulfill the contracts he has with all the other theater-goers to provide quiet enjoyment of the entertainment.  That person would, quite rightly, be guilty of property rights violations against others.

Human action has consequences and, as an action, expression is no different.  The responsibility for the consequences lies with the actor.  It is that knowledge, and not Justice Holmes' nonsensical proclamation*, that leads most theater attendees to conduct themselves with civility and decorum.  Thus, we find the final restriction on human expression, the human conscience.

The conscience provides natural time, place, and what limitations on human expression.  We do not expect, as a normal course, to be confronted with lunatic ravings from the people surrounding us because our own conscience dictates that we not act as raving lunatics.  We expect property owners to not invite uncivil actors and/or expel them when they act uncivilly.  But, we also have the ability to leave or ignore the rantings if and when we are confronted by them.

Yet, it is precisely the uncivil who do not believe that they own the consequences of their own actions.  They are the first to cry censorship, forgetting, or not understanding, that they are on property owned by another.

Newspapers, magazines, and radio and television stations are prime examples, at least in the United States, of privately-owned amplifiers that are under constant attack by envious interlopers.  Because stage-time is supposedly scarce, the interlopers alternately cry censorship and seek to censor when they feel their message does not receive its due attention.

The interactivity of Internet websites has allowed many people to express themselves, albeit in a linear fashion where stage time is limited only by the attention of the reader.  There is no meaningful scarcity, yet still the cries of censorship and demand for censoring persist.  Additionally, the broad stage is a magnet for the uncivil.

Again, though, these people either forget, or do not understand, that the website is private property subject only to the rules and restrictions of the property owner.  While it is certainly proper to make suggestions to the property owner, crying censorship, demanding censorship, and vandalizing with uncivil behavior is the work of animals, not humans with reason and a respect for the property rights and opinions of others.

There is perhaps no better example than Freedom's Phoenix, a web site wholly owned and operated by Mr. Ernest Hancock.  It is a testament to both Ernie's character and philosophy that he has provided a stage and invited many voices, with widely varied opinions, to express themselves in the manner they see fit.  With good foundation, he believes that, in a civil environment, the best ideas will win the day and that even wrong ideas can provide instructive opportunities.  As thanks, Freedom's Phoenix users and authors remain generally civil while attacking the ideas they disagree with, not the other actors.

Yet, there is no law commanding it to be so, nor could any law command it.  Human expression is not promoted or restricted by the whims of others, only nature.

1 Comments in Response to The Limits of Expression

As someone who directly participated in the Sumcad/Lolo fracas, I don't feel particularly comfortable expounding any further with regard to your assertions. With that being said, I thank you bringing some gravity and sanity to a rather strange, and truthfully quite insane exchange between a few contributors on this otherwise very positive website.