Join-Us | Log-In
Freedom Forum | Translate
On February 19, 2009, the DPS lavishly announces the arrest of three individuals for excessive speeding based solely upon photo enforcement cameras from the prior month.  They do this to shore up their claim to the safety issue provided by their new photo enforcement program.  These are to be show trials.  The people arrested spend a night in jail.  This 24/7/365 video surveillance program is a favorite of the then governor, Janet Napolitano -- who is now the head of the U.S. Department of Homeland Security -- and needed bolstering from the bad press being received.  The media are encouraged to request the photo enforcement camera video and mug shots of the incidents and arrested respectively.

On February 23, 2009, Andrew Thomas, the Maricopa County Attorney informed the DPS and the public that his office would not criminally prosecute the people they charged because they cannot cross examine a machine, among other reasons.

The DPS immediately sought cover and approval for their quest for power from the State Attorney General's office.   Four days later Attorney General Terry Goddard did not disappoint.  [Analysis]

excerpt: The language of the statute "does not preclude the state from using photo radar evidence as part of the evidence necessary to establish an excessive speeding violation," according to the Attorney General's analysis.    The provisions of the Arizona and U.S. Constitutions that give defendants the right to confront their accuser do not apply to recorded information.

Of course, the "evidence" is the sole evidence.

On April 2, 2009, the DPS once again seeking publicity and power, arrests seven people based solely on photo enforcement camera "evidence" taken months (that is plural) prior and creates a new category of criminal, the "super-speeder."

Stephen Patrick Reeves of Scottsdale was arrested at his home on March 25, 2009 and booked into the 4th Avenue jail.  He was charged with criminal speeding and reckless driving.  On
November 8, 2008, Reeves was captured by the photo enforcement stationary cameras traveling southbound on State Route 51 near Bethany Home Road.  His vehicle was traveling at a speed of 130 miles per hour in a 55 mile per hour zone.  Charges are pending in the Maricopa County Justice Court.


Case Activity
Date Description Party
Actually this alleged offense took place in Phoenix, yet he is charged in a City of Scottsdale Justice Court.  Presumably the complaint is filed by the Scottsdale city prosecutor who has no jurisdiction in this case, neither does the judge or the court.

Dameon Habinger, 18, was arrested at his home on March 6, 2009 and booked into the 4th Avenue jail.  He was charged with criminal speeding and reckless driving.  On January 21, 2009, at about 7:38 p.m., Habinger was captured by the photo enforcement stationary cameras traveling eastbound on State Route 101 at milepost 17 (75th Avenue).  His 1997 Ford Crown Victoria was traveling at a speed of 113 miles per hour in the posted 65 mile per hour zone.  Charges are pending in the Maricopa County Justice Court.
I could find no record of this in the Arizona Supreme Court database one month later.

Charlene Lupe Ocampo was arrested at her home on March 5, 2009 and booked into the 4th Avenue jail.  She was charged with criminal speeding and reckless driving.  On February 22,
2009 at about 2:45 a.m., Ocampo was captured by the photo enforcement stationary cameras southbound on State Route 101 at milepost 9 (Olive Avenue).  She was driving a 2005 Ford Freestar at a speed of 89 miles per hour in the posted 65 mile per hour zone.  Charges are pending in Maricopa County Justice Court.

This girl was going 23 MPH over a 65MPH limit on an empty freeway.  I wonder how many of you would be pissed if you spent the night in jail for that, arrested weeks after the alleged incident occurred entirely on the "accusation" of a machine that you will not be allowed to dispute?  To have your wallet and reputation drained so the DPS can get in front of the media's cameras.  I am also guessing she was not cited under the DPS' state law, but instead under a Glendale ordinance, because the added fees seen above are prohibited under the state law. 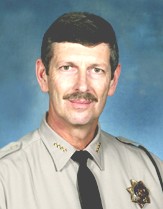 is allowed to run roughshod over the lives of people going about their business and causing no harm to anyone for the DPS agency's PR gain, while the marketing portion of the DPS swings into full 'support our tyranny' mode with the support of the prosecutors and courts of this state.

1 Comments in Response to When terrorists carry a badge

Look it let's be real here!!! It's wrong to speed like a nut.Going over 10 is just a person deciding on not following the law.Face the charges and deal with it.And remember it could be your family member they kill.It only takes one single second to kill a family member that belongs to someone.As far as im concerned there should not be any second chances.Jail IT IS AND THROW AWAY THE KEY!!!