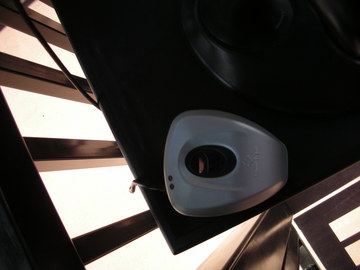 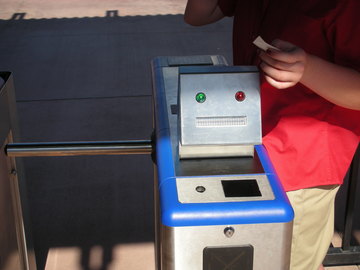 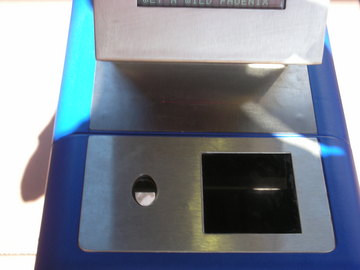 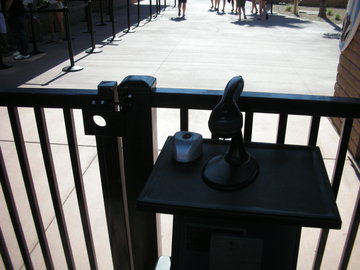 Now, check out Lumidigm's website at www.lumidigm.com      Check out the J series and the Venus as well.

They actually have been scanning recently. And its funny, because it does not work. I've taken a friend using my brothers pass and they scanned him, we got in fine. My brother uses his own pass,  gets scanned and got in fine. Obviously they  do not have the same finger print or bone density. Crock of shit is what it is, so I don't really mind either way. But it does make you wonder why they'd bother if it doesn't even work... to intimidate people, like me, into not doing something like that? Too pricey to be just that. We'll have to wait and see what happens.

Wet and Wild in Phoenix is now requiring your fingerprint.

and from the blog:

The Happiest Place in the World has gotten a little more sinister since my last visit.

I've known a few anti-Disney people but most of them have never visited a park. For my part, I recognize some of the unsavory corporate policies - such as its draconian copyright prosecution - but I've always let the kid in me relax and enjoy Disney's excellent craftsmanship, creativity and customer service.


However, on a recent trip to Disney World's Magic Kingdom and EPCOT center, I was greatly dismayed to see Disney now fingerprints its park visitors! What's more, tens of thousands of visitors willingly, apparently unthinkingly, slapped their fingers down on the little scanners. Nowhere in sight did Disney have signs explaining the process, however, I did some research upon returning and learned that starting in 1996 Disney started this process as part of a ticket anti-piracy control.

I'd already driven to the park, paid for the hotel and the tickets but I objected and found out that I could scan my license instead which is what I opted to do. Obviously, this is providing information to the company but at least it wasn't new, biometric data.


The two times I was in line, asses behind me objected - they wanted to pass, because it took me an extra 30 seconds to get my license out. And it is for these people, more than the Disney corporation that I hold my greater contempt.

- These people who so thoughtlessly submitted very personal information just because an amusement park asked for it.

And how critical will the next generation being after watching their parents so blindly submit their fingerprints to a corporation as if they were petty crooks? Will these children grow up to except bar codes on their skin so that they can buy a pack of gum?

I think Matt is wrong.  Oh, not about the fingerprint scanners.  Clearly that is what they are.  But the waterpark employees who were obviously lied to should know the park won't be needing people to man the turnstiles once the scanners are activated.   I'd get your resumes updated.  And remember management has already lied to you.