I have to hand it to Stephen Lendman. He's got that lefty propaganda-generation technique down cold. It's awesome to see it in action, but requires a long shower and scrubbing with Brillo pads to get the stench off afterwards.

I'm sure there's a technical term for the style, but I've always called it "slimy hubris". Definitive statements and leaps in logic are handles that reasoning creatures can grab and use to bludgeon your argument to death. To solve that problem "slimy hubris":

It starts with a problem of identity. "A is Not A" and "A is B" are both demonstrably false, but the argument rests on A, in fact, not being A. Rather than adjusting the argument and prescription, the author assumes "A is Not A" (hubris) in such a manner that the author can deny the assumptive statement when confronted with criticism (slimy).

For example, in a recent article on Net Neutrality, Lendman assumes, "giant telecom and cable companies want control to," among other things, "co-opt this essential public space for profit." In one short line, Lendman circumvents the niggling identity problem (computer networks being privately owned, maintained, and controlled) by hinting to the ghost of networks as public property. But, not really.

It doesn't matter that the roads don't connect or that traffic drives both ways in the same lane, because the author of "slimy hubris" asserts no roads or traffic, nor does his analysis rest on the existence of roads or traffic, as he presents no analysis. Rather, he relies on the reader to argue within himself from illusion. 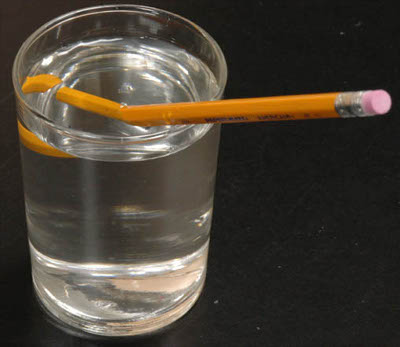 Alternative analyses of the observed bend in the pool skimmer are dismissed as irrelevant. Examination of the pole out of the water says nothing about the pole in the water. Scientific explanations of light and refraction say nothing about the pole in the absence of light. And, even if you definitively prove that the pool skimmer is rigid at all times, it doesn't matter because the author didn't assert that the pole was flexible; you did.

Similarly, Lendman doesn't prove that slowdowns, toll booths, or discrimination occurs or is even possible. In fact, he hints to the opposite, but not really as he uses the words of others:

"Up to now, the 'Internet Policy Statement' helped preserve Internet openness, but it's time 'to build on past efforts and to provide greater clarity regarding the Commission's approach to these issues through a notice-and-comment rulemaking....to help address emerging challenges to the open Internet.'"

Lendman doesn't address the fact that the structure of the Internet is such that it would consider toll booths or discrimination as breakages to be routed around. Such details are apparently unimportant, and your fault for not knowing in the first place. In actuality, though, they detract from the illusion of private network owners being able to stop or slow essential Internet traffic.

Not that any of that matters as Lendman does not dare name his prescription: forcible taking of private property. There is no mention of using force against owners of private property who manage it in the manner they see fit. Rather, the only mention of force is noting that the FCC is seeking comments on "enforcement procedures to ensure compliance."

In the end, you have to marvel at Lendman's skill: without claiming the public has an interest in private computer networks, nor disputing that the computer networks are private, nor claiming the networks are public, nor asserting a problem exists or ever will, without naming a violent prescription, and, indeed, while providing examples of how similar violent prescriptions do not work, Lendman nevertheless guides his reader to the conclusion that physical force must be used and it must be used now!

Awesome, awesome stuff for which Stephen Lendman is to be congratulated. Now, pass the Brillo pads; I need a shower.

3 Comments in Response to An Appreciation of Exemplary Propaganda

Samantha, first things first.  Assuming you are 100% correct and someone scripts a delay or creates a larger-than-normal buffer on a server based on the originating IP, are you willing to kill them?  Have them killed?

Actually, the only real ownership involved is the content ownership.  The pipes, once build should be a standard utility bearer like water pipes and electrical wires.  What the anti-neutrality people are attempting to do is say that some "water" or "electricity" is more privilege than other water or electricity.  But we all pay by the amount of water we consume so where is there a justification for making some pay more or pay the same for poorer (slower) delivery?

Awesome job, Brock.  After reading the referenced article was dumbfounded.  You've succinctly described how I felt about it.  I'd wanted to comment on his article, but didn't want to waste the energy required to address it.

The Vaccine War: Who Really Has the Upper Hand?