Join-Us | Log-In
Freedom Forum | Translate
As some of you may know, I began a different phase of 'activism' last Fall by planting a small 4' by 4' raised bed garden in my back yard with 'salad fixins' - namely three kinds of lettuce, arugula, carrots, green onions, and some beans.  I also had a separate plot that I had red and green bell peppers, tomatos, cowhorn peppers, and some habanero plants - all that produced edible fruit that I saved the majority of just for the abundance of seeds for next winter.
I grew so much out of that one plot, I was giving away bags of salad goodies as well as my family eating all they wanted.  There were many a night that I went out and picked a big bowl and the Wife and I had Chef's salad for dinner that you couldn't buy in any restaurant - for any price!
Yesterday, I had a couple of good friends come by to see all that I had been up to, and we enjoyed some of the best fresh carrots you ever tasted.
I'm hooked.
Of course, were we to get into any kind of 'cost analysis' of my first attempt, most 'rational' people would say "for the time, money, and water expended for what you did get, it would be a lot easier and cheaper to just go to the grocery store and pick up those same items."
In a few Seasons from now, that cost analysis will be a bit different.  I don't have a soil expenditure because all the soil conditioning I needed was in the initial outlay.  I always save a portion of every crop that isn't eaten that is let go to seed to perpetuate the seedstock, so that's another expenditure I don't have.
Speaking of seeds, I get so many more from each plant than I do in a packet that I am able to TRADE extra seeds I have for seeds I don't - and that goes double for SEEDLINGS.  I started literally hundreds of seeds this time, and have many more plants than actual area to put them in - to the point that I am eyeing a portion of the front yard...
So far I have put in:
Two small trees - a Santa Rosa Plum, and an Apricot.
Roma Tomatos
Beefsteak Tomatos
Large Red Cherry Tomatos
Muncher Cucumbers
Eggplant
Armenian Yard-Long Cucumbers
Crimson Sweet Watermelon
Sugar Baby Watermelon
Sweet Banana Peppers
Artichokes
Cayenne Peppers
Jack O'Lantern Pumpkins
White Onions
Brown Onions
Garlic
Sweet Basil
Genovese Basil
Oregano
Thyme
and I bought a ten-dollar good sized Early Girl Tomato so we would have fruit sooner, and it has half a dozen on it already. 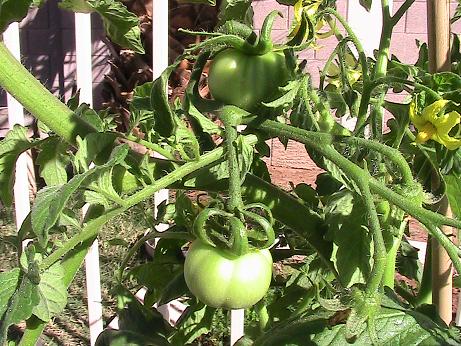 I also bought a Raspberry plant there for eight bucks that is growing like mad.  Yesterday I found three Strawberry plants at Walmart for two bucks each that had green berries on them, and I got them so my Grandson will have something to pick this year.  That's kind of a joke around here because I bought this little red plastic plantpot with a 'grow strawberries from seeds' kit from Holland at BigLots.  I thought "oh how cool - I'll try it."  After three weeks of keeping this thing moist, this is all there is so far 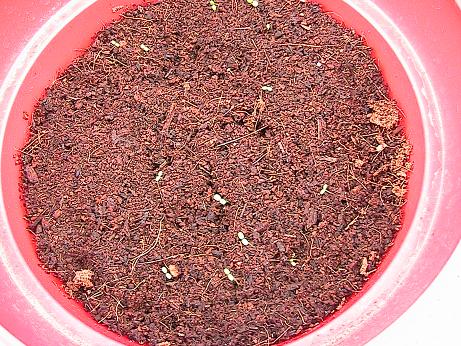 Needless to say - not everything I've tried has succeeded, but I've had some good fortune so far.
This is part of what's left of my winter garden: 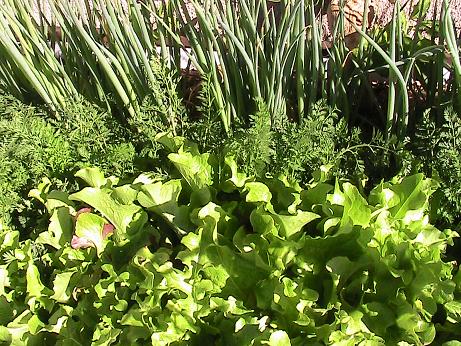 and here is how I started most of my seedlings this year: 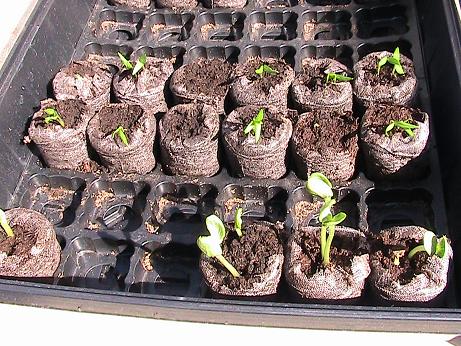 As you can see, the onions are already starting to come up: 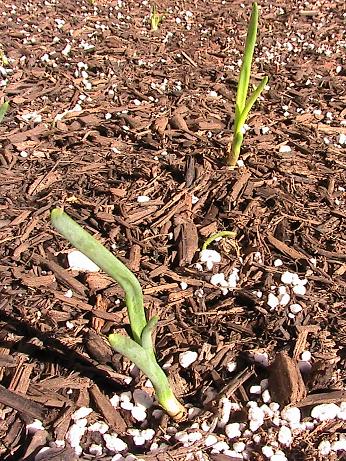 Dependency on others for our food supply is in our own hands.
Got seed?
Ed

2 Comments in Response to Has Anybody Seen Ed Lately?

We have not seen Ed lately and we asked ourselves why and really searched hard for an answer.

This is what we came up with: none of us can see so well to see 100 miles. The problem here is simple photooptics. Or a matter of perspective. Up close you look really big. From far away, you look really small. Distance is misleading like that.

Ed: I started gardening in 1957.  My suggestions: ONLY grow organic, choose crops with high cost (berries, melons) if limited on space or time. Buy the rest at Whole Foods Market or direct from the farmer/gardener at farmer's markets. Just when you think you have nature figured out everything will go wrong. To appreciate the complexity read: "The One Straw Revolution". Develop a support network of gardeners for trade and advice.  Independence through gardening!

360 Billion Locusts And Growing – A Plague Of 'Biblical Proportions'...