Join-Us | Log-In
Freedom Forum | Translate
There are things called principles, that people ought to (but usually don't) stick to even when making an exception seems "necessary" and "reasonable." Usually people start complaining that those in power have "gone too far" long after the actual principle involved has been killed and buried. The current absurdity with the TSA is a fine example.

Once upon a time, those in power decided it was necessary and reasonable to have security personnel rummaging around in everyone's luggage. After all, what if someone had a bomb?!? Isn't it worth giving up that little bit of privacy and freedom, if it meant saving lives?

Oops, there goes a principle.

In short, no, it was not worth it, precisely because that was the moment when the principle died. After that, the slow slide into the ridiculous situation we have today--with everyone who rides a plane being groped or electronically strip-searched--was bound to occur, because there was no principle left to prevent it.

Now we have "sobriety checkpoints," and "border checkpoints" (often many miles from any border), and the TSA fascism is beginning to spread from airports to train stations. There are more YouTube videos than can be counted showing that modern "law enforcers" think it's perfectly okay to detain, question and search people at random. They give occasional lip service to that pesky Fourth Amendment, but they obviously take offense that anyone would imagine himself to have the right to not be stopped, interrogated and searched for no reason. Hey, the thugs have badges; doesn't that make it okay?

No, it doesn't. But most people now are in no position to complain, because they not only allowed the principle to be killed; they cheered when it happened. "I'm perfectly happy to put up with a little inconvenience and a little less privacy, if it means being safer." In other words, they were perfectly happy to surrender the principles of liberty and privacy, if some control freak promised them that it was for their own good.

Well, they asked for it, and they got it. And now lots of them are saying, "Well we didn't want THIS!" They should have thought of that when the principle was on the line.


Click on the image below to see a video I just posted on YouTube, entitled "Hooray for the TSA!": 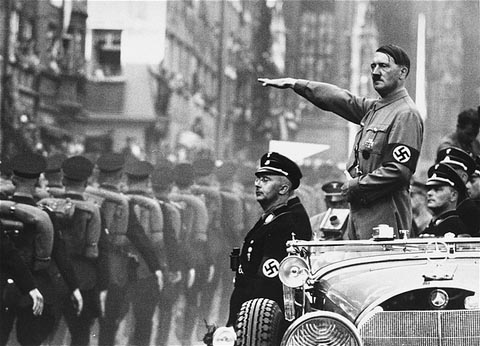 4 Comments in Response to Reasonable Tyranny

Excellent. One of your best.

Larken has a way of getting the freedom message across like no other. His clarity of thought reminds me of Ayn. I would love to hear him speak in person.

Hey, if you have nothing to hide then you won't mind them jamming their finger up your ass?

I can imagine the conversation in the TSA locker room: "Wow, we get paid to do this.  Sniff my finger?  Fresh six year old...come on you know you want to.  Big Sis approved."

Larken has many impeccable must see videos on utube essential to comprehend WHY most of us are slaves and WHY the people don`t know this.

I am not affiliated with Larken in any way nor have i ever met him.

This is a free song that anyone can copy and record using any arrangement they like but please credit me as being the composer.

Talk = Day after day you watch this – monstrosity

Who oddly has human facial features

Cut another slice of flesh from yer bosom

And feed his chops and his fellow cannabals just for fun

You sit there contemplatin suicide

Thinkin there`s no way this monster can be defeated

Well think again – an sing along with me

Message from a slave – let `em all go

Knockin the mask – off this Reich – Chorus = the 4th

Debunkin them – with Yikes Mcgee

Stuffin the snakes – in a sack

Poisoned the ground – where they crawl

Wakin the sheeple – sea to sea

Wreckin the playhouse – of these mutated – false – heroes