Join-Us | Log-In
Freedom Forum | Translate
I am guilty of having not promoted this event which occurred Saturday. To be honest, I didn't know if this event would draw 500 people or 5 people. As it turned out, estimates are as many as 3500 people turned out to attend this event. 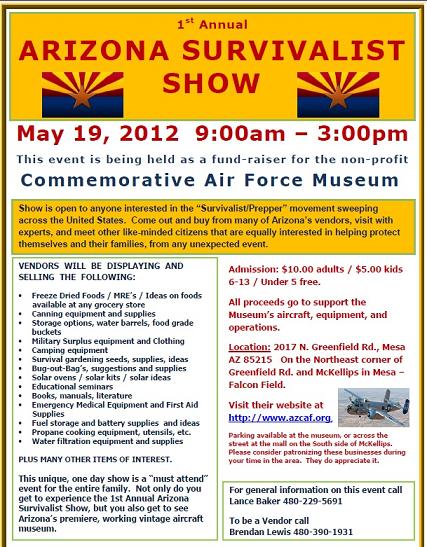 The show was held in the hanger/museum of the Commemorative Air Force (formerly known before they went PC as the Confederate Air Force). For your admission price, you got to not only attend the show, but could wander through the museum and see the rare warbirds and other history displayed. Where else could you shop for medical trauma kits and learn about solar power, then sit down and enjoy a coke next to a beautifully restored P-51 Mustang? 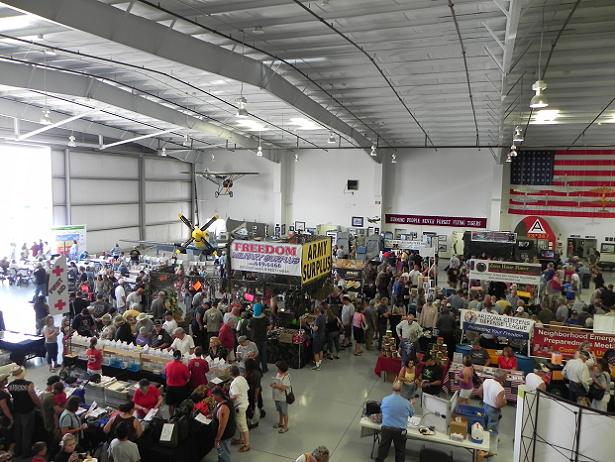 It was a smaller and more specific version of a typical gun show,...without the guns. Many of the vendors were some of the same ones you can also find at gun shows;...military surplus, outdoor gear, medical supplies, long term storage foods,...but the ambiance (despite the aircraft) was quite a bit less testosterone-laden. In fact, I observed many more women attending than I have ever observed at any gun show. And lots of children too, who no doubt were thrilled to see the planes.There was even a local semi-celebrity, Tim Ralston, who you may have seen in a recent episode of NatGeo's Doomsday Preppers. He had his small supply company there, selling all sorts of survival products. 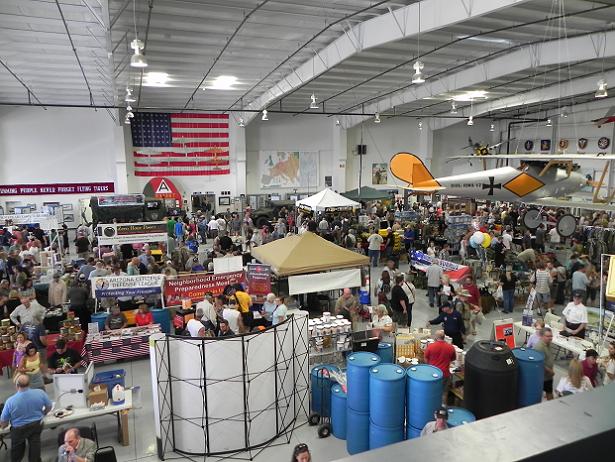 But not everyone was selling something. There were a few folks there with booths who were simply imparting advice and information. At least one such booth was a group trying to establish itself as a mutual aid and info-sharing network;...a sort of  local Facebook for those concerned with disaster prepping. One group was handing out free flyers with tips and advice on a range of subjects such as water filtration, food storage, off-grid living and more. And in addition, there were talks in the conference area every half-hour on a wide variety of topics. The knife sharpening guy would talk about selecting the right blades and implements for your potential needs, or the guy selling rabbit habitats would discuss the details and benefits of raising meat rabbits for food supply independence and self-sufficiency. There was something interesting and unique going on all the time. 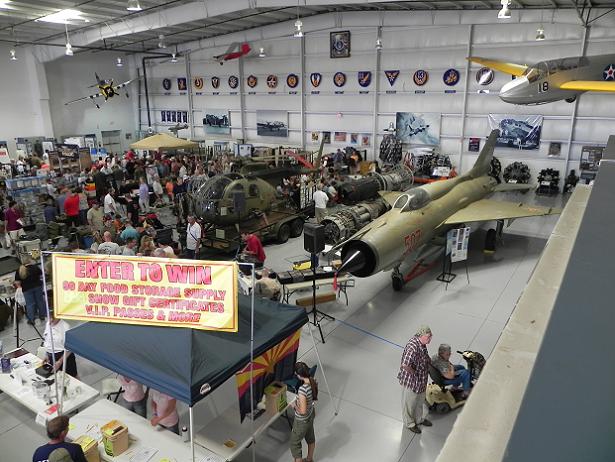 In the end, we were all surprised at how well it came off. And everyone wanted to know when the next one was going to happen. After all, for a first ever event of this type in recent years, put together buy some relative amateurs and non-professional event promoters, it went swimmingly. Lance and Brendon need to have time to review everything, but they did speculate that if all were to happen perfectly, they might be able to do another event like this in time before the election in November. Previously, they were thinking this might be a once yearly event, but many are hoping for something sooner. We shall see. And perhaps next time, getting the word out might happen a little better. This event had nearly no advertizing other than some fliers and word of mouth. But I will not make the mistake again of refraining from telling you all about it. And whenever the next one is, it should be bigger and better. If you are interested in attending the next one, either as a shopper or a vendor, refer to the phone numbers in the flyer above and give them a call so they can keep you updated about the next event. It should be cool. 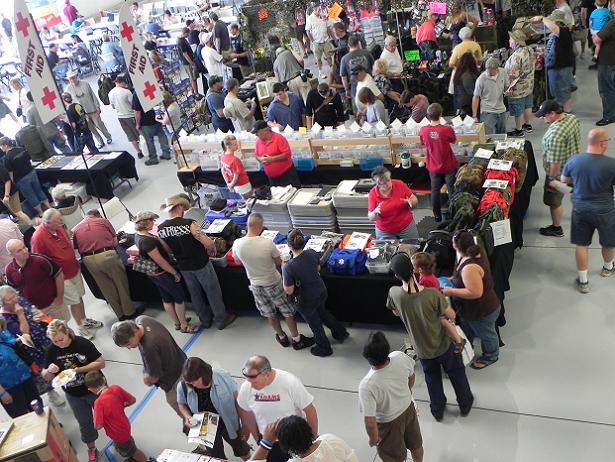 1 Comments in Response to Prepping: We have an app for that

The show was awesome, and I am very glad we went!  I will certainly be at the next one!

Love And Courage Greater Than Fear

Skills I Never Expected I'd Have to Learn

Warm Weather in the Woods: How to Stay Cool When You're Hunting

The Tide Is Slowly Starting To Turn

The real-life Never Been Kissed:

Never Be Forced into a Face Mask, a Vaccine, a Covid Test, or Any Other Public Health Mandate:

5 Essential Homestead Machines to Have When the SHTF