Join-Us | Log-In
Freedom Forum | Translate
Now that I am an octogenarian (wow, that's the first time that I have referred to myself as one of those), I try not to allow myself to be overly influenced by feelings or polls, be it Gallup, Pew, or Zogby.
But I must admit that I got a little caught up in the prognostications of such as Rove, Krauthammer and especially Dick Morris in the waning days of the Presidential sweepstakes.  I was mesmerized with Rove's little chalkboard, Kraut's steady demeanor, and Morris' enthusiasm.
About two weeks to ten days before the election all of the polls had Romney up by about 4-5 points and holding steady. All of the experts were saying, that it was Romney's race to win, if he didn't do something to lose it, and down inside you thought that just maybe he could make it. 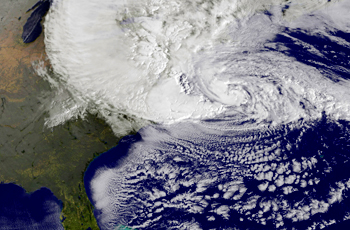 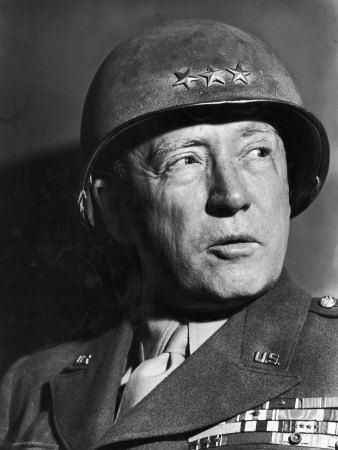 In December 1944, Gen. George S. Patton Jr. commanded the U.S. Third Army in their breakout from the Normandy bridgehead and race across France to the German border. Faced with lengthening supply lines and stiffening German resistance, the Third Army advance slowed to a halt. Even the weather did not cooperate, as rains and snow delayed supplies, mired his troops, and grounded air support. So Gen. Patton turned to prayer.
On Dec. 8, Patton turned to a higher power to clear the skies. He asked Chaplain James H. O'Neill if he knew of a "good prayer for the weather," according to military historian and Patton expert Kevin M. Hymel. "We must do something about these rains," Patton said, "if we are to win the war."
After some thought and research, O'Neill came up with the following: "Almighty and most merciful Father, we humbly beseech Thee, of Thy great goodness, to restrain these immoderate rains with which we have had to contend. Grant us fair weather for Battle. Graciously hearken to us as soldiers who call upon Thee that, armed with Thy power, we may advance from victory to victory and crush the oppression and wickedness of our enemies, and establish Thy justice among men and nations. Amen."
O'Neill typed the prayer onto an index card, and on the flip side typed a Christmas greeting from Patton. Patton ordered 250,000 copies of the card printed and distributed to every man in the 3rd Army….
In December 1944, his prayer was answered. The weather miraculously cleared (it did eventually snow, but the prayer hadn't mentioned snow), and Patton was able to get his army moving again. When the Germans launched their final attack against Allied Forces, the Battle of the Bulge, Patton swung his men north toward the town of Bastogne, where German forces surrounded American troops from the First Army. On Dec. 26, he broke through the German defenses and relieved Bastogne.
(From the LA Times "A 1944 Christmas Miracle for Gen. Patton")

God doesn't need modern means of warfare to defeat a far more formidable foe.  He just needs a few snowflakes, some rain to make some mud, a wind to blow, a sun to stand still for Joshua to defeat those five fierce kings at Gibeon.
But be assured either the winds of adversity, temptation or persecution will blow against you at some point in your life and the only sure protection is that One whose voice stilled the raging storm on the Galilee that awful night, when He said, "Peace, be still."  The disciples said among themselves, "What manner of man is this, that even the wind and the sea obey him?" He is the one who spoke them into existence in the beginning.  When that time comes in our lives, he is the one that I want to be standing with me.
Psalms 107:28-30 Then they cry unto the LORD in their trouble, and he bringeth them out of their distresses.  He maketh the storm a calm, so that the waves thereof are still.  Then are they glad because they be quiet; so he bringeth them unto their desired haven.