I’ve had it up to here. Enough is enough. It is time to recognize that traditional Islam is backward, bloody, brutal and beastlike. Moreover, I am weary of people who can’t get indignant over the “honor” killings, genital mutilation of little girls, and the creeping of sharia law in America. It is not wise to generalize, but generally speaking, Muslims who follow the Koran as a holy book are dangerous, deceived, and deadly people. And it’s time for our government to act.
U.S. Muslims are waiting until they have the influence to strike and they will strike. Only uneducated fools say otherwise. Islamic leaders have already demanded sharia law in the U.S., Canada, and Britain. Sharia is not only a judicial system; it is a barbaric way of life that every Muslim must follow. Muslim ferociousness has been common for more than 1400 years in other nations. A few years ago there were a few Muslim political leaders that were at least somewhat reasonable, but not today. Even Turkey is slipping swiftly into the radical Islamist orbit where Muslim fanatics rule. Must I remind my readers of the dominoes falling all over the Middle East as I write?
Do you remember the fall of the Shah of Iran? The Shah was hated by the leftists in America and Europe. Well, we got rid of our friend in 1979 and he was replaced by radicals who seized 52 Americans and terrorized them for 444 days until the day Ronald Reagan was inaugurated. You think maybe the weak-minded Muslim leaders connected the dots? Under weak, whining, and whimpering U.S. leaders, we have seen Bahrain, Algeria, Tunisia, Yemen, Libya, and Egypt fall into the abyss of Islamists and as I write, Syria is being bombed back to the Stone Age and will be ruled by fanatics. North Mali has fallen to Islamists and French troops are trying to keep them from taking control of the south. Within a year, Iraq and Afghanistan will each be an Islamist extremist paradise–again, although stained with American blood.
I will not take the space to prove the Koran clearly teaches hate against Christians and Jews and even commands killing of such people. Yes, I know that there are many Muslims who profess not to believe that, but then, they are not dedicated Muslims, or they are lying. Muslims are permitted to lie if it advances the cause of Islam.
This week a news report revealed that Fayhan al-Ghamdi, a famous Muslim cleric who often appears on Saudi Arabia television, has admitted to torturing, raping, and killing his five-year-old daughter because he was fearful she had lost her virginity! What a nation and what a religion! This is the nation that views women drivers as being “unchaste” while they promote, permit, and practice all kinds of wickedness under the color of a “peaceful religion.” Some fools have said that this has nothing to do with Islam when it has everything to do with Islam. 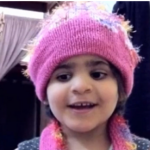 The child-rapist-killer cleric is a highly respected Islamic scholar but I think he is not a scholar but a scumbag. The barbarian not only raped his daughter but “raped [her] everywhere” according to a social worker at the hospital. The girl died from injuries relating to a crushed skull, broken ribs, a broken arm, a broken back and severe burns. In addition to being brutally beaten with a cane and cables, medical reports say that the child had also been raped repeatedly.
The killer was arrested (after all there are some limitations even for barbarians), tried and found guilty and served three months in prison and paid a $50,000 fine that was blood money for the mother’s family. Had the victim been a male, his fine would have been $100,000! Yes, it is Saudi’s business how they handle their sharia “justice” system run by imams, but it is a dirty business that no civilized nation should have anything to do with. In the “enlightened” kingdom of Saudi Arabia, a Muslim cannot be executed for murdering his wife or children! That nation is our friend! I’m not interested in having such friends. They will probably be the next “friend” of the U.S. to fall to the most extreme Muslims, but how could it be more extreme than this revolting crime?
Meanwhile, I can think and wish about having the opportunity and privilege of getting justice for the innocent girl. I would be honored to show her rapist-killer-father some biblical justice.
(Dr. Don Boys is a former member of the Indiana House of Representatives, author of 15 books, frequent guest on television and radio talk shows, and wrote columns for USA Today for 8 years. Three years ago, the second edition of ISLAM: America’s Trojan Horse! was published, (and is also an eBook) and his new eBook, The God Haters is available from www.thegodhaters.com. His brief new eBook, Martin Luther King, Jr.: Judged by His Character, Not His Color! is now available on Amazon.com. These columns go to newspapers, magazines, television, and radio stations. His other web sites are www.cstnews.com and www.Muslimfact.com. Contact Don for an interview or talk show.)
If you wish to receive our newsletter: The Trumpet (quarterly) or Trumpet-online (daily) write to me at: drgregdixon@earthlink.net. Our websites are: www.Biblicallawcenter.com, www.unregisteredbaptistfellowship.org, www.thetrailofbloodrevisited.net and www.the-trumpet-online.com.

The Pro-Life movement has been trying to remove one of the symptoms for years. The strength of the American people lies in the God of ancient Israel, the God of the Christians. One of the best things that people can do is to get the Christian church people to wake up to what is going on. Then get them to pray, while at the same time learning law through private legal research groups, and then force the legal issue. But it is prayer that counts.

This muslim crap is already in America. It is being led by obama who has declared that he IS a muslim. What are Americans gonna do about this epidemic that is ruining America????

We put rapists and murderers in jail for a long time no matter what their religion is.  That's because we have a separation of church and state.  But in Islam, the church and the state are one, so in Sharia law you are not punished for rape and murder if you can buy off the victim's family.  And honor killings are traditional in Islam and are rarely punished either.

Yay... more islamophobia. Let's ignore the rapists and murderers among the ranks of Christian and Jewish leaders, who fail to make the whole membership of those religions "beastlike" or at least deceptive infiltrators.

But even worse than the racism/religionism, is the statist call to action, a blatant denial of individual rights and liberty enforced by government thugs.  This 'doctor' sounds exactly like the nativist Know Nothings of the 19th century, who railed against Catholics in America in much the same wording found in this article and eventually terrorized Catholics throughout the country, from Philadelphia to New Orleans.

Fortunately, the Know Nothings ceased to exist as a party because of their support for slavery.  Perhaps this anti-Muslim push as a political force will also come to an end thanks to a new Abolitionist movement, against the state.

Lack Of Religion Is DESTROYING The US, The Left Has ZERO Moral Framework

The Necessity of Family Rituals