DRAWING Firday May 8th 2015 LIVE on DYI Radio Show
Live on video with Cody Wilson, Larken Rose will draw 6 tickets and then number them from 1-6 and Ernest will roll a single Die for the winner
https://www.freedomsphoenix.com/Market/Shop-Item.htm?Item=000105

Those who seek out positions of power tend to be paranoid, hypocritical wimps. Consider the issue of firearms. Politicians have many thousands of mercenaries wielding all sort of deadly weapons--guns, tanks, missiles, drones, etc. Yet those same politicians pee themselves at the thought of the rabble owning semi-automatic rifles. From their twisted, elitist perspective, it's perfectly fine for them to swipe many billions of dollars from the peasantry to spend on all manner of armaments, but if you want to possess a rifle, they think you should have to ask their permission, and register it, and make sure they always know what you own.

They also expect to be allowed to do things in secret, while claiming the right to spy on everyone else. As far as they are concerned, it's none of your business what they do, or what weapons they have, but it is their business to know everything that you do and everything that you have. Yes, they pretend that their goal is to protect you from the "criminal element," but at this point you'd have to be pretty dense to actually believe that. Why do you suppose they mostly whine about civilians having weapons that: 1) are used in only a tiny percentage of actual crime, and; 2) are the most effective types of weapon for resisting "government" aggression? You don't need to be a rocket scientist to figure it out. People who gravitate towards political office think they have the right to rule you. That's the job they applied for. And, of course, extorting you and bossing you around could prove difficult if you are better armed than their enforcers. So they hand out machine guns to their mindless thugs, but have tantrums about you having a 30-round magazine.

As I've said before, I own an AR-15 because I want to have the ability to kill "government" agents (an ability I really hope I never need). That's also why I want lots of other people to own similar weapons: so that in a violent conflict, "government" loses and the people win. As much as that idea might make statists foam at the mouth, the alternative--"government" being able to do whatever the hell it wants--is infinitely scarier. The control freaks want a huge imbalance of power, and they will keep using bans, taxes, regulations, registration, background checks, waiting periods, and all manner of other obstacles and limitations, in an effort to keep the subject class as defenseless as possible.

Then along comes "Ghost Gunner" (www.ghostgunner.net), which gives the rabble a way to produce their own "undocumented" AR-15's (among other things) easily and inexpensively. While I think this is awesome for a very serious reason--to prevent outright tyranny--I also find it rather amusing watching the control freaks having tantrums about it. Hilariously, the only narration needed for the video below was "government" parasites whining about it, while doing their fear-mongering routine. Click on the picture to watch the video. 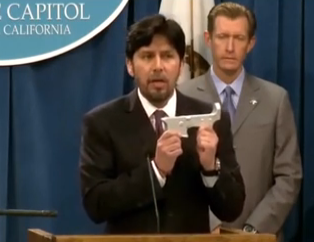 Years ago I bought an AR-15 (made the old-fashioned way) back when Clinton was pushing his misnamed and bogus "assault weapons ban." I figured anything he wanted that badly for me to not have, I should probably have. The same could be said of Ghost Gunner machines: the control freaks hating and fearing them is all the endorsement they need. I think it's awesome being able to watch technology leveling the playing field, and messing up the massive imbalance of power that narcissistic sociopaths have tried so hard to create. For about the price of one AR-15, you can now buy a machine to make as many as you want. (Their web site has info about "legal" issues, for those who care about that.) Everything else you need--the "80% lower receivers" and all the other parts--can be purchased online without an FFL (Federal Firearms License).

In light of my current vehicle situation (my car has been put out of its misery), the folks at Freedoms Phoenix and Ghost Gunner have graciously decided to help me out by raffling off a Ghost Gunner machine. Normally these machines are $1,500--which is a pretty dang amazing price as it is--but for $20 you can buy a chance to win one! ($50 will get you three tickets.) I can't thank Ernie Hancock and Cody Wilson enough for helping me out this way, and it will also be pretty dang cool for whoever wins it. Hmmm, I guess me buying a ticket in the raffle meant to benefit me might be a little weird. Darn. Anyway, here is the link to get raffle tickets: 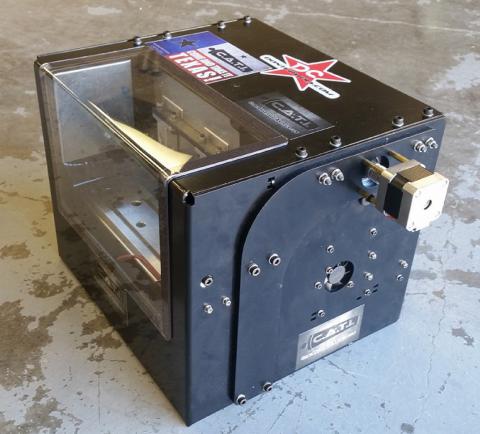 I may not agree with everything Larken has to say, but I will defend to the DEATH his right to say it ALL! Poor as I am, I still bought a ticket - not because I want the prize, but because we need to support each other when in bad times (we all have them). Additionally - if I win this item, I pledge to do my best to donate it and have it installed IN MY LOCAL BRANCH LIBRARY! for anyone to access and utilize... : } Ed

Connecticut teen, 18, and his grandfather, 64, are arrested for 'running ghost gun operation...