Join-Us | Log-In
Freedom Forum | Translate
The nice part about being an idealist is, when the realists take your ideas and run with them, modified as needed to fit the circumstances, you always have the opportunity to say, “you didn't do it right” when the theory fails.  Peter Berkowitz, freed from the rigors of  Rudy Giuliani's foreign policy army, took just such an opportunity in Saturday's Wall Street Journal.

Advertised as a neoconservative mea culpa on the Iraq war, Berkowitz ended up with nothing more substantive than a Marxist screed against the Soviet regime.  Berkowitz spends less than the first paragraph acknowledging that the world, at large, blames neoconservatism for all that's wrong with American foreign policy, and runs directly to the idealist vs. realist blame game in paragraph 2:

Disregarding the obvious syntax error (neoconservative principles?), I was shocked, SHOCKED to find that the application of government force could have: UNAPPRECIATED IMPLICATIONS!

In two short sentences, Berkowitz not only belies the mea culpa, but throws Bush, Cheney, Rumsfeld, Powell, and Rice under the bus.  After all, Berkowitz and his neocon ilk merely suggested a course of action that involved destabilizing an entire portion of the globe; the folks in power are the true idiots for taking their ultimatums at face value.

Ultimatums?  Not so, claims Berkowitz.  “It was only with the Iraq war that neoconservatism came to be falsely identified by its critics with a single crude foreign policy idea -- that the United States should use military force, unilaterally if need be, to overthrow tyrants and to establish democracy.”

Unfortunately Pat Buchanon, whom I'm never inclined to cheerlead for, did an extensive job of documenting the “suggestions” of Berkowitz's compatriots (comrades?) on the eve of Operation Iraqi Freedom.  Buchanon was ruthless in quoting Bill Kristol, Wolfowitz, Bennett, Podhoretz, Perle, Krauthammer, Kirkpatrick, Goldberg, Ledeen, and Kagan.  If that's not the “A-list” of neoconservative idealists, I don't know who is.  Paraphrasing Buchanon's unidentified wag, that list would find themselves quite at home in any of a hundred think tanks and never within a hundred miles of an Abrams tank. 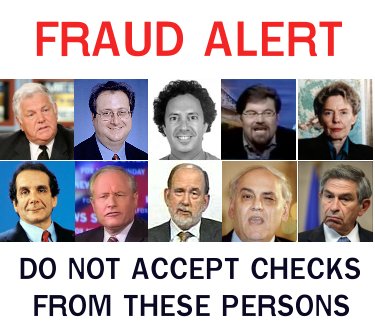 And, how about those neoconservative roots of the high bureaucrats?  With the exception of George Bush and Colin Powell, these aren't folks who just fell off the apple cart.  These are party apparatchiks long before anyone knew George H.W. Bush had a son named George.  I'm not sure what dirt the FBI has on Powell, but whatever it is you just know it's juicy.

This group knew exactly what it was doing in invading Iraq (and Afghanistan).  Destabilization was the goal, reconstruction was never given a second thought, and the will of the, you know, actual residents of that part of the world has no bearing on the situation TO THIS DAY.  The “A-list” above acted as judge and jury, pronouncing a sentence of death or life surrounded by violence on people whose sole crime was living in an area rich with oil and dominated by Islam.

Now, when it's going just as they planned but Americans are seeing through their ruse and withdrawing their support, they are blaming the executioners for doing exactly as they were told.

We are going to see a lot more of this; it's going to be thick and pervasive, full of “lessons learned” and “next time” claptrap.  No matter how often their theories are revealed as disasters in practice, neocons will defend big government as a social Jello mold to the death.  They learned from their leftist roots and Keynesian economists to jettison the “realists” when the going gets rough and circle the wagons around the ideology.

“Still, the failure of today's neoconservatives to anticipate the challenges of postwar reconstruction does not discredit neoconservatism. To get swept away by the awesome spectacle in Eastern Europe and the Soviet Union of popular uprisings followed by peaceful transitions to popular governments; to fail to incorporate into the assessment of military action the particular challenges presented by Iraqi religious beliefs, social structure, sectarian divisions, and the effects of decades of bloody dictatorial rule -- all this is to lose sight of neoconservative teachings about the material and moral preconditions of freedom and democracy.”

In other words, until “they” are ready for democracy, we need more sympathetic dictators to keep them in line.

Then, just in case you aren't buying the notion that the theory was right and the application was wrong, Berkowitz caroms off in a “besides, we had no other choice” direction.  Northern and Southern Watch were too expensive, Oil-for-Food was a corrupt disaster, and (my favorite) the presence of our troops was destabilizing Saudi Arabia.  Oh, yeah, and Saddam was a really, really bad guy!

There is a common thread running through each of those motivators.  In the words of Ronald Reagan in his first inaugural address, “government isn't the solution, government is the problem.”  Berkowitz recognizes this and, like all government apologists throughout history (including Reagan in that address) he goes on to say that government doesn't have to be the problem if we would just do government right.

“The Moynihan report and the Kirkpatrick essay made decisive contributions to the forging of the sensibility that came to be known as neoconservatism. That sensibility evinces a fierce pride in American constitutional government. It insists that government policy should be judged not by the hopes of advocates and intentions of decision makers, but by real world consequences. It holds that freedom and democracy depend on qualities of mind and character that do not arise automatically, but must be cultivated by the family and civil society. It recognizes that government, while often part of the problem, can also be part of the solution by finding ways to strengthen both family and civil society. And it knows that America advances its interests by maintaining and expanding an international order that, to the extent possible, is composed of states that respect individual rights and are based on the consent of the governed.” (my emphasis)

Maybe, Mr. Berkowitz, you can't force people to be strong.  Maybe enslavement doesn't encourage people to make the choices you would make for them.  Maybe, people don't appreciate (and even resist) freedom when it's just handed to them, even by their own ancestors.  Maybe, they have to choose freedom for themselves and fight for it.

Lastly, Berkowitz leaves us with a prescription.  The answer to the disastrous failings of neoconservatism is: more neoconservatism.  The only earthly reason I can think of to follow Berkowitz's suggestion is because it will feel so good when we stop.

Why Do Some American Sinophobes Seem To Want a US-China War, And Are --