Join-Us | Log-In
Freedom Forum | Translate
Please forgive the run on sentences, but I am pissed. 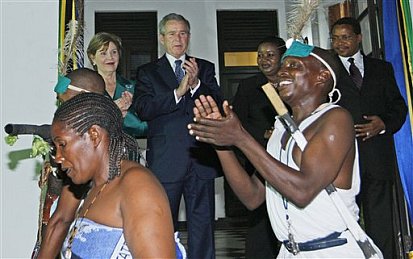 President Bush is on the 'I am a lame duck, pay attention to my great foreign policy, final chapter' tour busy saving the American economy he so thoroughly devastated by giving away more of the U.S. currency he printed up.  First stop is Africa, where he handed out mosquito netting to protect children under the age of five from getting malaria, figuring they could wait until six before learning what a cruel world their exploited and terrorized region provides. 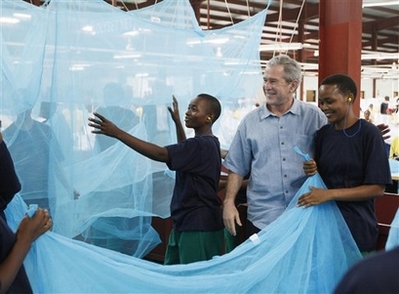 Yes it is bad enough Bush sends his minions out daily to place a gun to your temple demanding at minimum half of your daily labors to fund his crazy endeavors that provide the latest ego maniacal photo op.  It is bad enough he cannot stay at home to take care of his domestic responsibilities -- actually what should be a President's sole responsibilities -- he must instead go abroad spreading your wealth amongst the populace of an ever unappreciative planet. 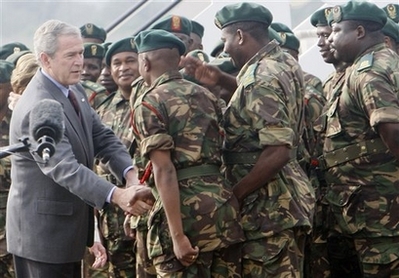 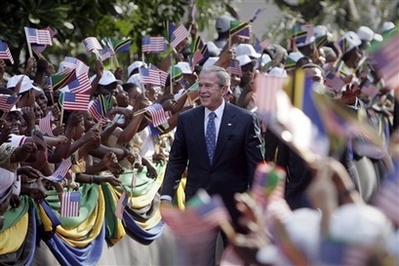 Yes, our beloved leader, caring for America by passing out your hard earned dollars to African parents to keep their kids safe from malaria until they hit six so he can have a final series of publicity photos on his way out the door.  What a guy.  Hurry up and elect his replacement: Clone number One or Clone Number Two.  It is your choice ... the only one you get. 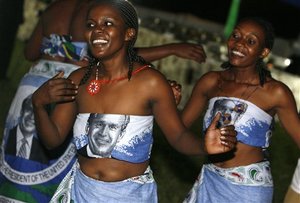 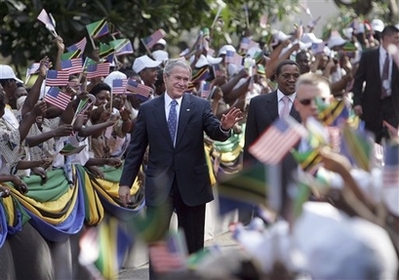