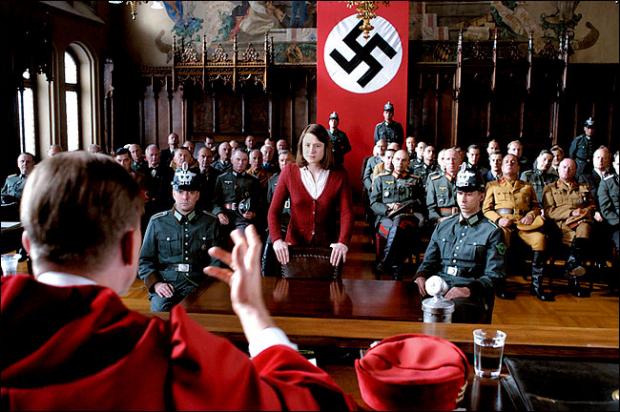 Its opening comments are expanded below:

What do you call a country that glorifies wars and violence in the name of peace. One that's been at war every year in its history against one or more adversaries. One that believes pacifism is sissy and unpatriotic. One that feels militarism is a higher form of civilization. One that threatens planetary life.

One corrupted by malfeasance. One with the world's largest prison population, a domestic gulag besides others abroad. One placing no value on human rights and life. One exploiting the many for the few. One empowering money over people, championing concentrated wealth. One calling fake elections real.

One practicing torture as official policy. One dripping with racism and hatemongering. One with the highest homicide rate of all western nations and a passion for guns. One where violent films, sports, and video games are most popular. One where authorities participate in illicit drugs trafficking, letting major banks launder revenues.

One where state-sponsored terrorism subverts democratic freedoms, targeting the weak and disadvantaged relentlessly. One recklessly out of control, harsh and inhumane on a fast track toward despotism. One where the rule of law is rhetoric, not policy, where dominance supersedes rights, where dissent is now criminal.

One also where authorities persecute residents for their race, faith, ethnicity, or immigration status. One where thousands targeted are arrested, charged, convicted, wrongfully imprisoned, and at times deported after weeks, months or even years of harsh incarceration.

At age 16, Tashnuba Hayder was victimized, deported in May 2005 to Bangladesh after weeks in federal detention.

America was her home since kindergarten. Now in an unfamiliar country, unconversant with its language and customs, she was "forced to leave the United States (after) the FBI (falsely) identified her as a potential suicide bomber." Stunned, she said:

In recent memory, she was the first minor investigated for terror, "stoking the debate over the right balance between government vigilance and the protection of individual freedoms."

The daughter of Muslim immigrants, her case was shrouded in secrecy, and remained so under the FBI's requested court-ordered seal. It barred participants from disclosing information authorities want to keep secret. Bernstein said they "declined repeated requests to present (their) side."

Deported on immigration, not terrorism, charges, they remained tight lipped on her case. It wasn't entirely clear why she was targeted. She denies federal accusations, saying FBI agents apparently learned she'd visited an Internet chat room where speeches of Sheik Omar Bakri Muhummed, a London-based Muslim cleric, were posted.

"Membership (in) either al-Muhajiroun or Islam4UK would become punishable by a 10-year prison term," claiming both organizations support terrorism. Post-9/11, "The group became notorious for praising the" attacks. In 2005, Bakri was banned from Britain on grounds that his presence was "not conducive to the public good," not for any crime or intent to commit one.

In a May 25, 2005 interview, Bakri said media accounts distorted his views. For example, claiming he preaches jihad against Jews is false and outrageous. In 1990, however, he spoke out against American forces in the Gulf and Saudi Arabia. On the 9/11 attacks, he called them no surprise, a terrorist act "no different from what the US forces have been doing in Iraq, Sudan and Afghanistan both before and after 9/11."

The solution he proposed was "hands of Muslim lands!" Otherwise, millions will resist aggression and occupation. He concluded saying, "If the US continues with her policy against Islam and the Muslim world, Muslims will be more inclined to strike blows against America" in return. It's hard to disagree, and furthermore, international law sanctifies the right to self-defense.

In March 2005, FBI agents, posing as youth counselors, confronted her at home, "questioning everything from her views on jihad to her posterless walls...." They also examined her diary, phone book, and school papers. One included a diagram for a school assignment on religion with the word "suicide" highlighted. It was held as evidence of her alleged interest in becoming a bomber.

Tashnuba said her chat room exchanges were on other topics, including about a utopian state under Islamic law. Islam, of course, promotes peace, not violence, what too few in the West understand and media sources won't explain, instead portraying it as dangerously radical and fundamentalist, the term jihad falsely used.

Variously translated, it means struggle, effort, to strive, to exert, or to fight but not a call to arms or "holy war" as western reports suggest. It can also mean a spiritual struggle for self-improvement or moral cleaning. In that sense, it's every Muslim's duty, including to improve society, oneself, and to prevent poor and disadvantaged people from being exploited.

After being seized, Tashnuba and Adama Bah, a Muslim native of Guinea, were held at a rural Pennsylvania maximum security juvenile facility. For two weeks, she was strip-searched and aggressively interrogated without counsel or her parents present. They weren't told where she was or why authorities took her away, saying she'd probably be back the next day.

After two weeks, The Times got a government document saying both girls posed "an imminent threat to the security of the United States based on evidence that they plan to be suicide bombers." However, the document cited no evidence. Clearly there was none, nor is there in virtually all other terrorism-related cases.

Under a gag order, Adama was later released. Tashnuba was told she'd be freed only by agreeing to immediate deportation to Bangladesh, a country she left at age four, didn't speak the language or know relatives with whom she had to live, leaving her parents and siblings behind.

She explained that she opposes suicide bombings and violence, saying her interest in Bakri was only casual. Yet authorities treated her like a criminal, simply for exercising her First Amendment right.

Interrogated by aggressive agents, including Foria Younis, a secular Muslim woman of Pakistani descent, described by London Daily Telegraph as a "gun-toting, door-kicking member of the FBI's counter-terrorist squad," she held her own, saying:

"They tried to twist my mind. They had their little tactics - start with nice questions, try to get more severe. In the end, when I did cry they were, like, mocking me. The FBI tried to say I didn't have a life - like, I wasn't the typical teenager. They thought I was anti-American because I didn't want to compromise, but in my high school ethics class we had communists, Democrats, Republicans, Gothics - all types. In all our classes, we were told, 'You speak up, you give your opinion, and you defend it.' "

A government psychiatrist recommended her release, saying she was neither suicidal or homicidal. Tashnuba, however, explained that agents kept "trying to link me to the psychological state," citing a single artificial rose in her bedroom, a required psychology course, and an assigned essay on the Department of Homeland Security (DHS). Her tutor, Asmaa Samad, called it innocuous, saying "It (included) nothing derogative, nothing unpatriotic."

Tashnuba feels interrogators used one sentence against her, stating "I feel like Muslims are being targeted, they're being outcasted more." It's true, of course, many hundreds more like her unfairly treated and abused for their faith, race, and ethnicity.

Without evidence of wrongdoing, it's invented, authorities persecuting innocent targets. In Tashnuba's case, they also focused on her immigration status. Her parents' asylum application went unprocessed for a decade, so they used it as grounds for holding, then deporting her, choosing that course over criminal prosecution.

Perhaps her juvenile status was why. Also, however, as news spread about her, the New York Bangladeshi general consul pressed authorities for an explanation. The reply gotten cited her "unlawful presence," not terrorism related issues.

Moreover, a "voluntary departure" court order indicated no national security issue. Tashnuba believes her noncitizen status made her vulnerable, giving authorities another option over bogus terrorism charges, though prosecutorial aggressiveness in other cases shows they'll use any means to convict, even without evidence. For sure, they flaunt the rule of law, due process, and judicial fairness.

On May 12, 2005, Tashnuba arrived in Dhaka, another world compared to America. It could have been worse if authorities pressed terrorism charges like against hundreds of other Muslims given long prison terms, sometimes for life. Because of her ordeal, she wished she'd never come to America, saying "I see now you have no privacy, no liberty."

Indeed so, and for others besides Muslims. Anyone challenging US policies risks recrimination at a time civil liberties are fast eroding. The rule of law is a nonstarter, and as George Bush crudely put it, "The Constitution is just a goddam piece of paper." The way both major parties govern, he was right, ordinary people losing out, especially Muslims in America at the wrong time.

Even in Dhaka, Tashnuba's not safe, two late October emails saying she was arrested recently and released, again being victimized. For several years, she taught English full-time, though not at present. However, she hopes to resume doing it soon.

Sadly, injustice may have followed her to Bangladesh, an impoverished country with a shoddy human rights record, notorious for exploiting workers.

The BNP and ruling Awami League vie for power, each harsh on the other when in charge, letting security forces raid opposition rallies, beat demonstrators, arrest members, prosecute and imprison them unfairly, using torture and other forms of abuse freely, as well as against anyone challenging government authority for their rights.

Tashnuba and 160 million other Bangladeshis endure this, unsafe like in America and elsewhere. Few safe havens exist anywhere for them, especially where US Pentagon forces show up. Iraqis, Afghans, and many others bear testimony to their harshness, giving them no place to hide.

In a November 2 email, Tashnuba said she's "able to cope," but her sister (age 16) and brother (age 5) are finding it hard to adjust. "They are American citizens and do not want to be here." Her mother went back to New York three years ago with her siblings, but was sent back in July on immigration issues. At the time, her brother and sister also had to return.

"As for my father and other brother (age 20), they are still in New York. Dad was taken by immigration (authorities) in March along with my mom and brother." In January 2011, an immigration court will decide whether or not to issue them a green card. She calls the situation "a bit haywire. The unfortunate thing is my parents still want to be living in the states, and I would say (remain) in a state of denial of having to leave" if it comes to that.

Besides her own ordeal, her family's status remains uncertain, made no easier by separation or what lies ahead. One thing, however is clear. America is no safe haven. Anyone for any reason may be persecuted, and in Tashnuba's case deported to a country she called "a different planet." That fate or worse awaits others targeted for political advantage. Why else would America have the world's largest prison system, a gulag by any standard, yet how many people know it.