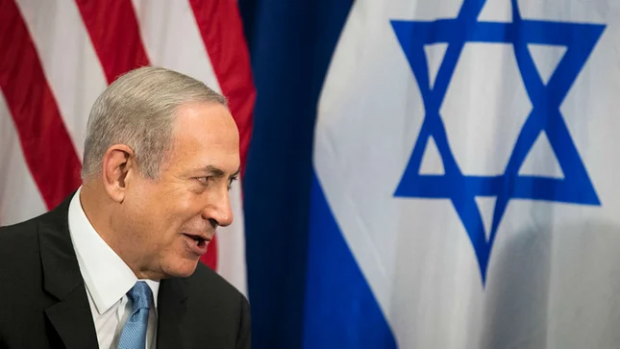 Before Trump leaves office on January 20, will Netanyahu order an attack on US forces in Iraq to falsely blame Iran as a pretext for retaliation by Washington if things turn out as planned?

Knowing the Jewish state can't risk going it alone, its dark forces rely on the US to do its lion's share of regional aggression against nations ruling authorities in Washington and Tel Aviv want transformed into pro-Western vassal states.

"New intelligence from Iraq indicate that Israeli agent-provocateurs are plotting attacks against Americans—putting an outgoing Trump in a bind with a fake casus belli?"

He warned Trump against the possible Israeli false flag and/or any US adventurism against Iran, notably in the waning days of his tenure.

"Any fireworks will backfire badly, particularly against your same BFFs," indicating Israel, he added.

Iran abhors war and wants it avoided. Prepared for self-defense because of longstanding threats posed by the US and Israel, it's able to hit back hard against any aggressor.

Iraq is unacceptably occupied by US forces. Millions of Iraqis want them out.

Along with paying tribute to both highly esteemed freedom fighters, they called for expelling hostile US forces from the country — wanting Iraqi sovereignty regained.

For Iran, expulsion of the US military presence in neighboring Iraq is the "harsh revenge" it leadership seeks.

As long as they remain anywhere in the region, aggression against nonthreatening countries is sure to follow.

Ongoing endlessly on Yemen since October 2001 and against Syria since March 2011, the scourge of US imperialism threatens everyone everywhere.

At yearend 2020 into the early days of the new year, regional tensions are high because of the threat of escalated or newly initiated US aggression.

In response to anti-Iran rhetoric by Trump and hardliners surrounding him, along with threat to Iran of provocative US military maneuvers near its territory, Islamic Republic maritime forces are on high alert against a possible Pentagon (or Israeli-staged) attack.

By assassinating General Soleimani, "you created a job for all freedom-seeking people across the globe."

"Be sure that it is possible that some people will be found inside your home to respond to your crime."

Trump is not "immune from justice."

Last week, a Pentagon statement falsely claimed that so-called intelligence indicates possible Iranian plans to strike US regional targets on or around the anniversary of Soleimani's assassination.

Since the Islamic Republic's establishment in 1979, Iranian forces never attacked another nation preemptively.

No US "intelligence" suggests a change of policy for any reason.

If an attack on US regional targets occurs in the coming days, it'll either be a false flag by Israel or US dark forces — intended to blame Iran for what it had nothing to do with if this happens.

Tehran seeks war with no other nations. Its longstanding peace and stability-promoting agenda proves it.

Days earlier, Foreign Minister Zarif stressed that its forces are prepared to "defend its people, security & vital interests" against any hostile actions by a foreign aggressor.

On New Year's eve, he slammed US imperial lawlessness saying:

"As we end a year of anguish, let us hope for new beginnings in the coming year, ending the insane era of contempt for law and multilateralism — a four-year (Trump regime) one that caused so much bloodshed, terror & cruelty."

While his tenure is ending, US rage for imperial dominance over other nations won't miss a beat under Biden/Harris.

In the Middle East, the Indo/Pacific, and against Russia, US wars by hot and/or other means are likely to increase, not ebb.

Days earlier, I called 2020 Annus Horribilis, mainly because of US high crimes against humanity at home and abroad.

Looking ahead to the new year now begun, things are much more likely to worsen, not improve — continuing the new millennium trend since begun.

Believers otherwise aren't following events as they unfold at home and abroad.

It's virtually certain that US hostile to human health and well-being will continue in the new year.