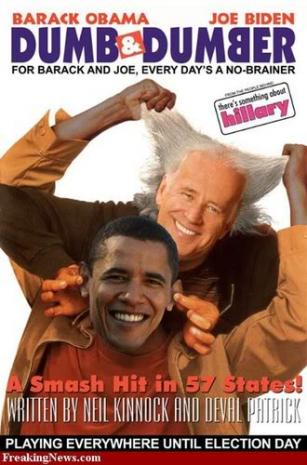 In violation of the U.S. Constitution, President Obama has launched a semi-war against Libya, a nation that did not attack the U.S. and was not a threat to its self-interest or national security. But Obama and the neoconservative warmongers who inspire his unjust actions don’t even pretend to put America first. They presume foreign policy is morally “noble” if it sacrifices America’s self-interest, her wealth, her soldiers and even her national security. And the more such values are sacrificed, the more “success” they presume.

Although the U.S. Constitution properly designates the president as the commander-in-chief of the U.S. military, it also specifically states (in Article I, Section Eight) that the power “to declare war” resides solely in the legislature – in the U.S. Congress – the body that also has the “power of the purse,” to provide funding for legitimately-declared wars. In the same section Congress is given the power to “suppress insurrections and repel invasions,” which implies that foreign nations properly may do likewise.

Yet Obama has invaded Libya without securing a declaration of war from Congress, and is intervening in what amounts to a civil war between equally-illiberal Arabs, one side of which seeks only to “suppress insurrection.” Does this mean an insurrection in the U.S. against an illiberal Obama can be legitimately supported by foreign powers (say Canada) in a bombing campaign to degrade U.S. defenses and establish a no-fly zone on the East Coast?

It’s simply ludicrous for Obama to rationalize his actions on the grounds that he obtained permission from the U.N., NATO or the Arab League. The U.S. Constitution neither requires nor allows any of that; though it does require that Obama get permission – an explicit war declaration – from the U.S. Congress. He hasn’t done this, which is an impeachable defense, regardless of whether his predecessors committed the same wrong.

These entities are either innocuous or dangerous, for they either do not hold America’s interests as their primary aim (NATO) or actually stand opposed to America’s interests, security and the Constitution (U.N., Arab League). That’s why Obama took this route – as did Truman, Bush I, Bush II and Clinton. They all put America second or last, the supposedly “moral” stance. We’ve seen such evil before, as when Democratic presidents pushed America into disastrous wars – see Woodrow Wilson (WWI), FDR (WWII), Truman (Korea), JFK and LBJ (Viet Nam) – not solely out of U.S. self-interest, but to “make the world safe for democracy,” which means: safe for a political system America’s Founders did not want and actively opposed.

Obama – amid loud applause from neoconservative cheerleaders at The Weekly Standard, excuse-making “anti-war” leftists at The New Republic, and the seeming approval of 70% of the American people – defends his invasion and occupation of Libya on the grounds that it is not truly a “war” but instead a “humanitarian” mission. By that he means U.S. lives and wealth are to be sacrificed in order to prevent a savage political regime from harming or killing its own citizens, even if they are “rebels” of equal or greater savagery. This is not “humanitarian” or moral in the least; it’s an evil act, resting on an evil premise (that sacrifice is “noble”) and an obscene abuse of American lives and liberties, with not a single selfish gain to be had in return.

Defenders of Obama’s current policy remind us that Gaddafi of Libya has been an enemy of the U.S. in the past; true enough, but nothing was done to vanquish him or his regime in the past? Why not? Why start now? Until a month ago Obama had retained the Bush designation (since 2003) of Gaddafi’s government as legitimate and off the U.S. enemies list. Why the sudden assault? Is it simply because “victims” are observed in Libya?

What about the millions of victims of regime abuse in dozens of other countries like China, North Korea, Cuba, Venezuela, Yemen, Bahrain, Iran or Sudan? If Obama and the neoconservatives could get away with it, they’d invade many other nations too – not to selfishly “impose” Western values but merely to allow locals (as in Iraq, Afghanistan) to visit polling booths for the allegedly sacred act of pulling a lever and voting for a new group of rights-violating leaders. If it takes over a decade and vanquishes thousands of American lives and trillions of taxpayer dollars, that’s of no concern or consequence to the “humanitarians,” and the more that is lost to America, the more sanctimonious and morally superior they feel.