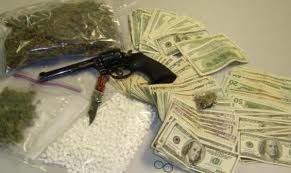 While Mexico’s bloody war against the drug cartels is making headlines worldwide, there is a little-known fact that is sounding alarm bells among U.S. and Latin American officials: Central America’s drug-related violence is far worse than Mexico’s.

Even Costa Rica, a country known as “the Switzerland of Latin America” for being an island of peace and prosperity in its region, is feeling anxious about the rising tide of drug-related murders.

I was surprised to learn during my visit here that crime has suddenly become the No. 1 concern among Costa Ricans. Despite the fact that Costa Rica was proclaimed by a recent global poll as the country with the happiest people on earth —something that almost everyone here reminds visitors with a mixture of pride and self-depreciating humor — there is nervousness in paradise.

The average homicide rate of the five Central American countries is 43 people per 100,000 inhabitants a year, more than twice that of Mexico. Honduras and El Salvador have the highest murder rates in the world, according to a new United Nations Global Study on Homicide.

We better get them some taxpayer money, and School of Americas training right now to go along with all of the military equipment we will be shipping both sides.