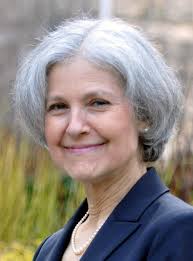 (NaturalNews) A growing number of Americans are feeling discomforted by the lack of choices for president, increasing the appeal of third party candidates. Bernie Sanders supporters, in particular, are feeling the burn after the purported anti-establishment nominee endorsed establishment queen Hillary Clinton. As a result, progressives are shifting their focus (and support) to alternatives such as Green Party Candidate Jill Stein.

Among her many achievements, Stein directed a movement in Massachusetts that established more environmentally friendly standards for the state's "Filthy Five" coal plants. She also managed to help shut down a medical waste incinerator responsible for causing adverse health effects among the area's poorest communities.

A politician who understands the implications of everyday toxin exposure

Stein has published two books: In Harm's Way: Toxic Threats to Child Development and Environmental Threats to Healthy Aging – both of which discuss the way harmful toxins cause disease and conditions such as autism, Attention Deficit Hyperactivity Disorder, Parkinson's and Alzheimer's disease and more.

The candidate's history as an environmentalist helped her establish a unique understanding of the influence powerful industries, including Big Pharma, have over regulatory agencies – which is arguably one of her greatest strengths as a politician.

However, the leftist media, looking to defend their donors, recently attacked Stein over the statements she made about the collusion that commonly occurs between industry and government.

Trying to demonize her as an "anti-vaxxer," the Washington Post asked the candidate if she thought vaccines caused autism.

"Vaccines are an invaluable medication," she said, adding, "like any medication they also should be approved by a regulatory board that people can trust. And I think, right now, that is the problem — that people do not trust a Food and Drug Administration, or even the CDC for that matter, where corporate influence and the pharmaceutical industry has a lot of influence."

Though her response was thoughtful and fair, Stein was still attacked for not giving a hard "no." "Please just state it in the positive: Vaccines don't cause autism," wrote Fred Brodsky on Twitter.