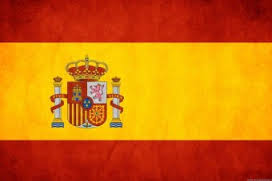 MADRID — For the past 288 days, Spain has plodded along without an elected national government. For some Spaniards, this is a wonderful thing.

"No government, no thieves," said Félix Pastor, a language teacher who, like many voters, is fed up with the corruption and scandals that tarnished the two previous governing parties.

Mr. Pastor, a wiry, animated 59-year-old, said Spain could last without a government "until hell freezes over" because politicians were in no position to do more harm.

After two grueling national elections in six months, and with a third vote possible in December, no party has won enough seats or forged the coalition needed to form a government. For the first time in Spain's four decades as a modern democracy, this country of 47 million people has a caretaker government.

That has produced an unprecedented public spectacle: Politicians scheme and plot but reject the difficult compromises needed to form a government. Voters watch ruefully with a mix of fascination and contempt.

On Saturday, the Socialists' leader, Pedro Sánchez, stepped down in a move that could open the way for his party to agree to the re-election of Prime Minister Mariano Rajoy and a government led by his conservative Popular Party.

But while the Socialists' revolt could break the deadlock, it may do little to heal Spaniards' frustration with a crisis that has further eroded their faith in politicians.