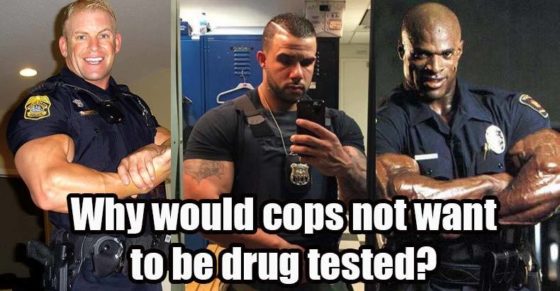 Edmonton Police officer Greg Lewis was tried and convicted on multiple counts of trafficking a controlled substance while he ostensibly protected the people of Edmonton.

"Given (the) convictions on two of those charges, disciplinary proceedings under the Police Service Regulation will now be initiated," said EPS spokesperson Carolin Maran.

In their decision, however, the court somewhat justified the cop's use and sale of steroids as a means of being fit.

While reading his decision, Brooker detailed how Lewis, 36, was a "proponent of fitness" who had a reputation for knowing where to find steroids, reported CBC.

DC Police Reacted VERY Differently To BLM Than They Did To MAGA Rioters, What Happened Here??