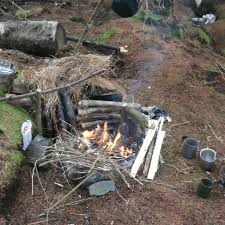 After many years of teaching survival courses, I never know what kind of students I might get on course. But just like most of the people around, I also fall into the trap of feeling like, "Oh, I know how this person will perform" after reading the precourse questionnaires, or after spending that first hour or two with them.

And yes, I often make mistakes there.

While teaching people on the courses I like to learn from them too, because there is always a lesson. Sometimes it is a reminder of the mere fact that preconception about people may kill you. And sometimes there are other lessons too.

People are full of surprises on courses, and that is also how people work and act in real SHTF also. They may be full of surprises, and you never know actually who may be really dangerous or skilled or prepared, even if he (or she) does not look like they would be.

We are being conditioned from society to act in certain patterns which are accepted in that same society.

So, most of us are trying to "play the game" because that is how modern society works.

In essence, you do not know as much as you think about people around you, because people act and look based on their roles in that society (mostly). We are forming our opinions about people based on what we see, but we often forget to remember the fact that people are blending to society.

For example, there are norms of behavior that are accepted in society and people follow this in order to live "normally" in it.

Once when you take people out of their normal life, you will see their real faces.

You can notice that on courses, since courses are to some extent an imitation of SHTF, but the point here is that you can not take anything for granted about people once when SHTF. When "normal" is gone, they may show a different face.

Doug Casey on What Happens When Socialists Win Elections