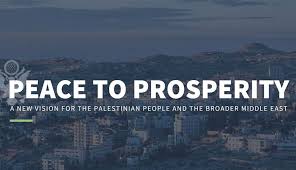 Israelis and Palestinians have both suffered greatly from their long-standing and seemingly interminable conflict. For nearly a century, international leaders, diplomats, and scholars have debated the issues and attempted to resolve this conflict. The world has changed greatly during this period, as have the security challenges facing the Middle East. Many of the disputed issues have remained largely the same, and stubbornly intractable. The time has come to end the conflict, and unlock the vast human potential and economic opportunity that peace will bring to Israelis, Palestinians and the region as a whole. Over the decades, many proposals and ideas have been put forward, but elements of those plans were unachievable given the realities on the ground and in the broader Middle East. While no plan will give either side all of what it wants, what follows is our view of the best, most realistic and most achievable outcome for the parties.

Palestinians have aspirations that have not been realized, including self-determination, improvement of their standard of living, social betterment, and a respected place in the region, as well as among the nations of the world. Many Palestinians desire peace and recognize the enormous economic opportunities and social benefits that await them if relations with the State of Israel can be normalized. Gaza is a very complicated situation. It is under the control of Hamas, a terrorist organization, and, as a result of Hamas' policies, is approaching a humanitarian crisis. It is time to help the Palestinians achieve a hopeful and prosperous future and enable them to join the community of nations.

'Jerusalem will not be divided': Palestinians protest against Trump's Israel-Palestine p