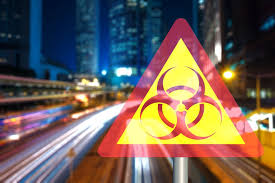 A scientific study in Austria has found that SARS-CoV-2, the coronavirus that has led to a pandemic, was likely created in a lab, barring some "remarkable coincidence" that led to the virus naturally evolving to be optimised to attack human cells.

The study was led by Nikolai Petrovsky, a vaccine researcher at Flinders University. The scientists in his team discovered that the coronavirus is optimized for penetration into human cells, rather than animal cells, which means that the theory that it emerged from an animal market and jumped to humans naturally is unlikely.

Lifesite News reports that the scientists "used a version of the novel coronavirus collected in the earliest days of the outbreak and applied computer models to test its capacity to bind to certain cell receptor enzymes, called "ACE2," that allow the virus to infect human and animal cells to varying degrees of efficacy."

"They found that "the novel coronavirus most powerfully binds with human ACE2, and with variously lesser degrees of effectiveness with animal versions of the receptor."

The authors believe this means that the virus "became specialized for human cell penetration by living previously in human cells, quite possibly in a laboratory."

C0R0NAVlRUS Cases Surging but Deaths are Not, Here's Why

Hydroxychloroquine Hangs On Despite Global Attacks