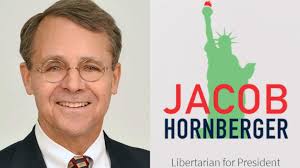 Let's begin with the obvious. Ever since interventionists turned America toward empire and foreign control and domination in the Spanish American War in 1898, there has been no nation-state that has invaded the United States. There is a simple reason for that: No nation-state in Europe, Africa, and Asia has the money, armaments, personnel, equipment, supplies, or even the interest in crossing the ocean and invading the United States. Moreover, at the risk of belaboring the obvious, the same holds true for Canada and Latin American countries.

While U.S. interventionism includes Latin America, America's deadliest foreign wars have been waged "over there" — in countries thousands of miles away from American shores. Since none of them involved an invasion of the United States, none of them can be said to be have been waged in "self-defense." They were all based on foreign interventionism. What about the much-ballyhooed World War II, the big one waged by the so-called greatest generation?

Oh sure, Japan attacked U.S. battleships at Pearl Harbor, Hawaii, and U.S. troops in the Philippines, but let's put things into context, something that interventionists are loathe to do.

Japan had no interest in going to war against the United States. What would have been the point in doing so? Japanese military forces had invaded China and had their hands filled attempting to subjugate that giant country. Why would Japan want to fight a two-front war, especially against a nation as powerful as the United States? Just for the fun of it?

Of course not. Japan attacked those battleships at Pearl because President Franklin Roosevelt maneuvered and cornered them into doing so. Even though Roosevelt had assured the American people, who were overwhelmingly opposed to entered World War II after the horrific debacle of World War I, that he would never send American boys into another foreign war, the fact is that he was lying. In fact, he was doing everything he could to get the United States into the conflict.

This was a time, however, when U.S. presidents were still complying with the Constitution's declaration of war requirement. FDR knew that owing to the overwhelming opposition among the American people to getting involved in another foreign war, he had no chance of securing a congressional declaration of war, unless he could get Germany or Japan to fire the first shot, in which he could say, "We've been attacked! We are shocked by this act of infamy! Now, give me my declaration of war."

After failing to get Germany to take the bait, FDR shifted his focus to the Pacific, figuring that if he could get Japan to fire the first shot, that could give him his entry into the European war. Even though Japan and the U.S. were not at war, FDR initiated an oil embargo on Japan that proved remarkable effective in threatening Japan with insufficient oil supplies to sustain its military occupation in China. At the same time, FDR illegally froze Japanese bank accounts in the United States. When Japan tried to settle differences with the U.S. without war, FDR issued settlement terms that he knew would be highly humiliating to Japanese officials.

Moreover, FDR's code-breakers had broken the Japan's diplomatic codes and possibly also its military codes, which enabled him to read Japan's secret preparations for war. While FDR craftily removed U.S. aircraft carriers from Pearl, he left the battleships there. He did the same with U.S. troops in the Philippines, a nation 5,000 miles away from the continental United States that the U.S. government had acquired by conquest in the Spanish American War.

When Japan attacked Pearl and the Philippines, it was not with the aim of invading the United States. It was with the limited aim of knocking out the U.S. Pacific fleet so that it could not interfere with Japan's acquisition of oil in the Dutch East Indies. Thus, if FDR had never engaged in his interventionist antics, Japan would never have attacked those battleships and those U.S. troops in the Philippines because there would have been no reason to do so.