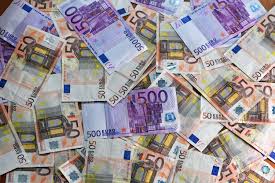 However, the consequence of closing businesses and forcing people to stay home, along with shutdowns of international commerce, resulted in a deep recession in the first half of the year for the exporting nation.

A new survey via the German Chambers of Commerce (reported by Reuters) said 83% of domestic firms with high international exposure had experienced a collapse in revenues. Many of these firms, about 93% of respondents, said the global economy could improve in 2021 or beyond.

The survey is an eye-opener for Europe's largest economy, and one of the largest exporting nations in the world, suggesting a global economic recovery in the shape of a "V" is not feasible for the back half of 2020. About 15% of the 3,300 companies surveyed said their annual turnover is expected to be halved.

It was noted the impact of the virus-induced downturn, whereas at the start of the pandemic, crushed travel and tourism, has now impacted other sectors and rippled through the economy in the form of a demand shock.

Fifty-nine percent of respondents this month (July) warned of slumping demand for their products and services, up from 57% in April.

Under such conditions, firms are unwilling to invest - more than half of the respondents said they're cutting CapEx abroad, compared with 35% in April.