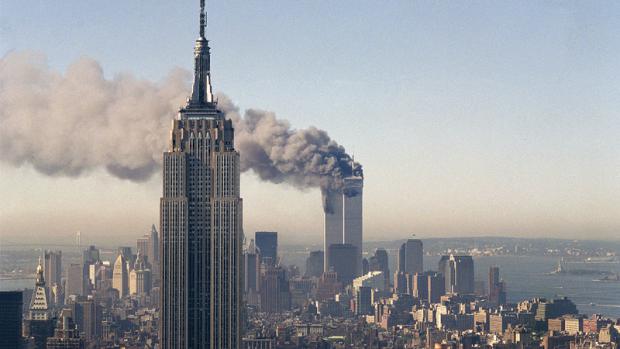 20 Years of Government-Sponsored Tyranny: The Rise of the Security-Industrial Complex from 9/11 to COVID-19
Family Of Brit Killed On 9/11 Presents Government With 3,000 Pages Of Evidence "Towers Blown Up From Inside"
After 9/11, Bush Let the Al Issa Family Into America. Now 10 Americans are Dead.
Anthrax & 9/11: The Connection & Here Are The Men Bringing It To Light
Matt Agorist has the story.

In a story that should be on the front page of every newspaper, or at least have any reporter worth their salt digging into it, a man who purports to be a controlled demolitions special operative for the United States, has come forward with a damning confession. According to Manuel Garcia Jr., he was tasked by a team created by Dick Cheney to help carry out a false flag attack on the World Trade Centers, otherwise known as 9/11, in order to "reshape the World Order to secure another century of US control."

According to Garcia, he's kept this secret for the last 20 years and has only recently decided to come clean after being diagnosed with a terminal illness. In his confession, Garcia paints a behind the scenes picture of the deep state at work to maintain their control through fear, destruction, and mass murder.