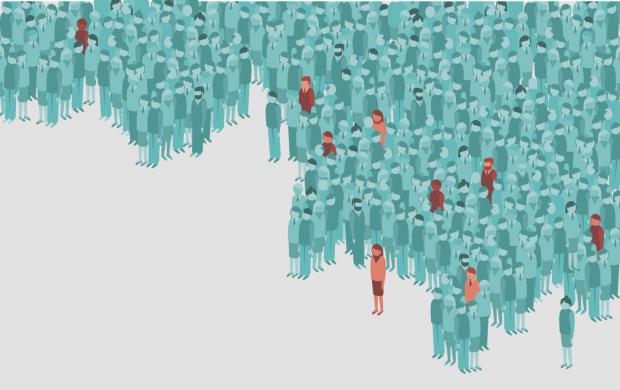 there has been a strange riddle in the covid data of late.

we have a lower CFR variant of the disease that has become predominant. delta has roughly 1/3 the case fatality rate of prior variants (like alpha)

far more people have acquired immunity from having had and recovered from covid. this immunity is long lasting and extremely effective. (much more so than vaccines)

we have FAR more people vaccinated now. it's 50-90% in many places and in many high risk groups. last year it was zero.

and yet in many of the high vaccine uptake places, we're seeing deaths from covid (and excess mortality) rise to levels ABOVE last year.

this has led many to posit that vaccines not only don't work, but that they make you worse.

but on an individual level, this does not appear to be true. (though there is quite a lot of evidence that vaccines induce higher risk in the two weeks post administration and that this is being accounted for dishonestly, added to the "unvaccinated" butcher's bill, and artificially enhancing reported VE.

BUT, even if we control for this, vaccines are showing efficacy in preventing deaths among the vaccinated. it's more like 50% than the 90%+ being claimed, but VE against death in the 50%'s should still be showing BIG community effects with so many people in the high risk groups vaccinated.

but, on a societal level, it's not. we're seeing breakouts to new seasonal highs vs last year and epidemics in covid death rapidly following vaccination campaigns. (MORE)

all else equal even without vaccines, we'd expect to see attenuation in covid deaths for the reasons laid out above. instead we see acceleration.

the case rate in covid would need to be 3X last year to drive equivalent deaths and higher than that to show excess. but, it's nothing like that, especially once you control for testing levels.

this is showing up in excess deaths as well as covid deaths, so the signal looks real.

the data has caused a lot of hand wringing and confusion.

grab a seat, because i have an idea to inject into the debate, i sincerely hope that i am wrong, and i suspect a fair few folks are not going to like hearing it, but it's the best fit i can find for the data.

so here we go:

the current surge in covid deaths is caused by the vaccinated.

the covid vaccines are extremely leaky and may well accelerate contracting and carrying covid.

they allow for very high viral loads to go unnoticed and generate a new and severe asymptomatic spread vector to where none existed before.

vaccine campaigns cause superspread events because vaccination leads to a 2 week window of 40-100% more covid risk that then gets counted as "unvaccinated" because the definitions are bad.

this combination makes those vaccinated with one dose or more into superspread bombs.

these BT cases have massively high VL in often asymptomatic superspreaders that pass on high loading doses to the unvaccinated and greatly worsen the overall pandemic.

this further inflates apparent VE by subjecting the unvaccinated to a more profligate and severe disease vector than they would have been had no vaccination campaign ever been undertaken.

it moves the whole system to a a different valence.

perversely, if the vaccinated comprise a spread vector that accelerates deaths in the unvaccinated, that would make it look like vaccines work.

ouch. (told you you weren't going to like it)

in the longer run, this would also select for hotter, deadlier strains because that's what leaky vaccines do. (more HERE) this would really make life worse for everyone.

i want to stress, this is a hypothesis and a work in progress. it's just the best fit to the facts i can find right now and i REALLY hope it's wrong because if it's right, this vaccination campaign is probably the worst health blunder in human history and the epidemiology and politics of that will get stunningly, surreally bad.

but if this hypothesis proves out, then calling this an "epidemic of the unvaccinated" is 180 degrees wrong.

it would mean that the unvaxxed are being assaulted by the vaccinated because this vaccine program was incredibly ill conceived and the vaccines are not suited to task and that it, quite literally, was the vaccination programs themselves that have re-intensified what should have been a waning pandemic.

OK. that's a lot to claim and there are a lot of hotlinks and cites above, but let's add some more data to flesh this out.

we've seen the spikes in a great many places. they tend to follow vaccination pushes.

we know that vaccines are non-sterilizing and do not stop infection.

we also know that fully vaccinated doctors were carrying VL's 251X those of prior variants.

and many of them were asymptomatic. what this study did not assess was "did this vary between the vaccinated and the unvaccinated?" we could not tell if it was a property of delta or of inoculation status.

but this study sheds some light and that light looks to support the idea of this new and potent asymptomatic spread vector where none existed before.

here is the key finding: look at asymptomatic. i'm eyeballing, but did use a tool to do it, so it looks like a 3-4 Ct variance for vaxxed vs unvaxxed. each cycle is a doubling. so that's a 8-16X variance in viral load. that's the evidence we've been looking for and we ought to be doing A LOT more studies like this one to see if this proves out.