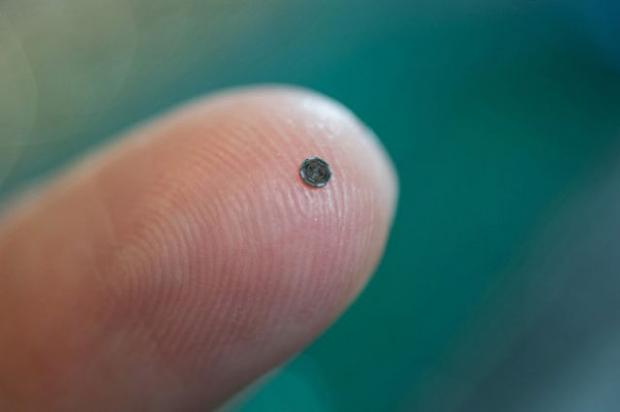 The device looks like little more than a clear panel with a circular pattern etched into it. That half-millimeter-wide circle contains 1.6 million cylinders, each carefully designed to bend light in just the right way so that the array as a whole shapes the optical wavefront. Signal processing algorithms then produce an image from that data.

The resulting images are far more crisp than other small sensors. In tests, the team showed that the new sensor captured images measuring 720 x 720 pixels in full color, capturing wavelengths between 400 and 700 nm in natural light, with a spatial resolution of 214 line pairs per mm. It has a field of view of 40 degrees and an f-number of 2, and the researchers say that the shots are on par with those captured by a conventional compound camera lens that's half a million times bigger than their new sensor.

The post-processing algorithms do much of the heavy lifting in improving the image quality, and these were designed alongside the metasurface to ensure they worked well together.

Another advantage is that the devices are simple to produce, meaning they should be relatively easy to scale up for production. They're made of silicon nitride, and the nanostructures of the surface can be produced using deep ultraviolet lithography, a technique already used to make semiconductors.

If they were to be mass produced, the team says that the devices could be used for medical imaging in the body, providing small robots with better vision, or even turning basically anything into a camera by lining a surface with thousands of these sensors.

"We could turn individual surfaces into cameras that have ultra-high resolution, so you wouldn't need three cameras on the back of your phone anymore, but the whole back of your phone would become one giant camera," says Felix Heide, senior author of the study. "We can think of completely different ways to build devices in the future."